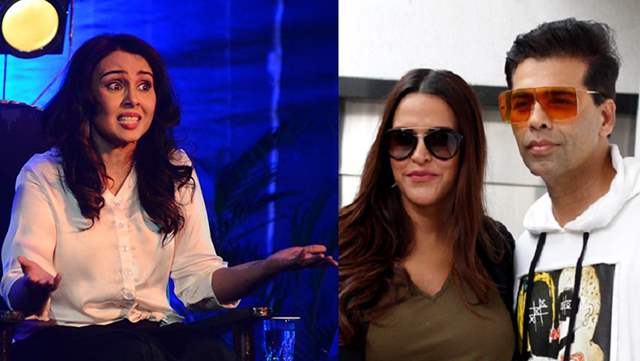 Sushant Singh Rajput's untimely death has yet again ignited the nepotism and ‘outsider-insider’ debate in Bollywood.

While we have people and actors on social media coming out in open and talking about it, actress Suchitra Krishnamoorthi recently took to her twitter handle to state that ‘chamchagiri’ and not nepotism is a bigger threat in the industry.

Taking to her micro-blogging site, Suchitra wrote, "Peeps its not #nepotisminbollywood one shld aggravate against but chamchagiri. I mean how did #nehadhupia suddenly get all these talk shows except that she is #karanjohar s new bestie and #femina Missindia 2002!! - shes no blood relative or star kid is she."

After Sushant Singh Rajput’s untimely demise, the debate on nepotism and outsider-insider raged like a wildfire. Fans, in many parts of the country, also staged protests against some celebrities of Bollywood like Karan Johar, Sonam Kapoor, Salman Khan and Alia Bhatt for either promoting nepotism or being a product of the same.

Following this, many actors from Bollywood were seen coming out and talking about their personal experiences in the industry about nepotism. Many even confessed to having lost films to star kids.For the ones who don’t know, it was Kangana Ranaut who touched the subject of nepotism in Bollywood at Karan Johar’s chat show. She also accused Karan of being the torch-bearer of nepotism in the industry.