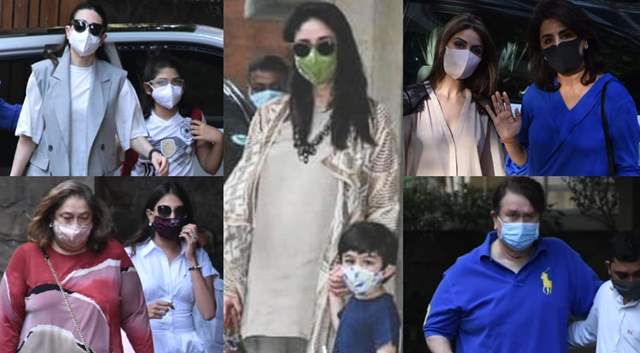 Kareena's aunts and Taimur and newborn baby's Nanis (maternal grandmothers) Neetu Kapoor and Rima Jain, along with the actress' cousin sister Riddhima Kapoor Sahni and sister Karisma Kapoor arrived last evening at her resindence and from what we hear, the proud Nanis and Masis showered the little one with gifts and blessings.

Following all the coronavirus safety measures, the Kapoor ladies arrived to meet the little one. Later, Kareena's dad and veteran actor, Randhir Kapoor too arrived with his personal help.

While Riddhima was in a white shirt and black pants, her mom Neetu was in a blue shirt and denims. Rima was in a long top and pants. All of them wore masks as a precautionary measure amid Covid-19 pandemic.

Here are a few pictures of the Kapoor clan who were spotted at Bebo- Saif's new residence: 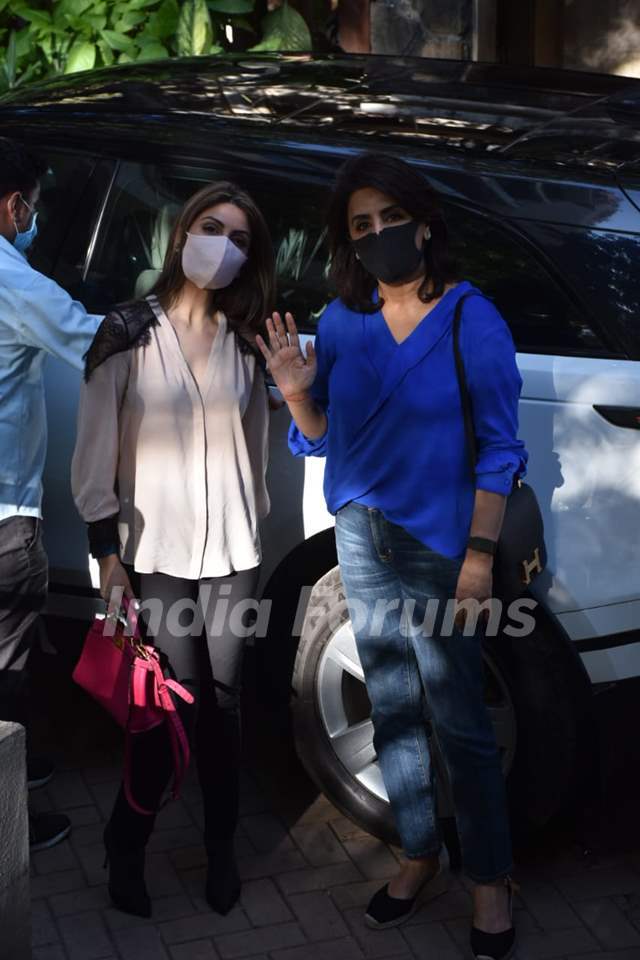 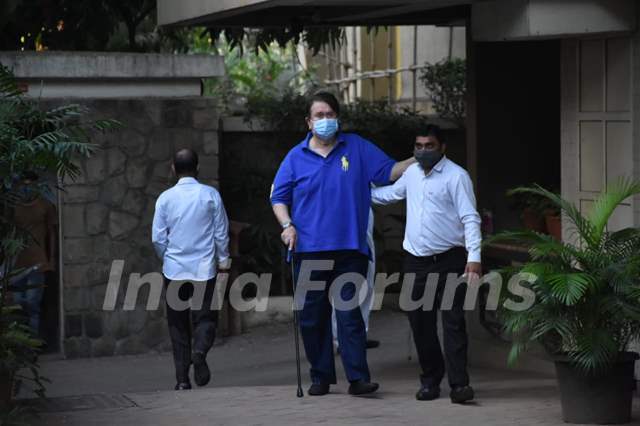 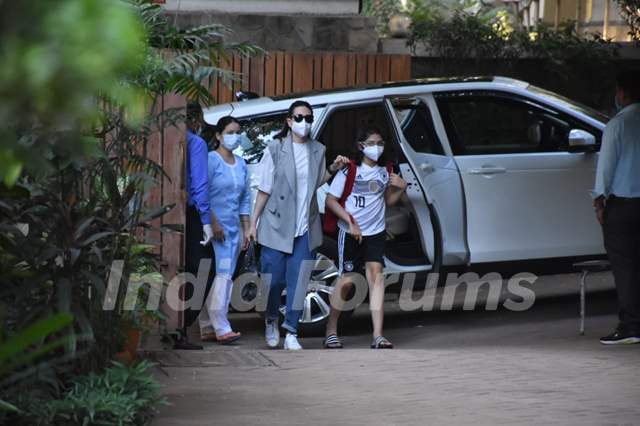 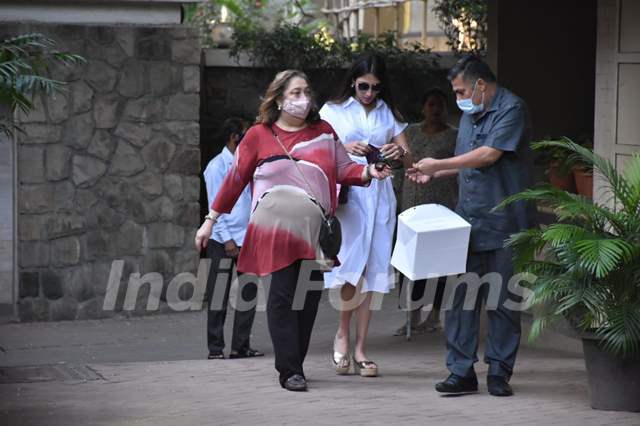 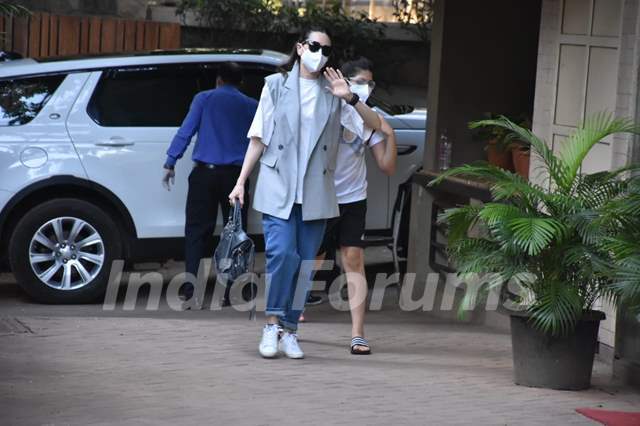 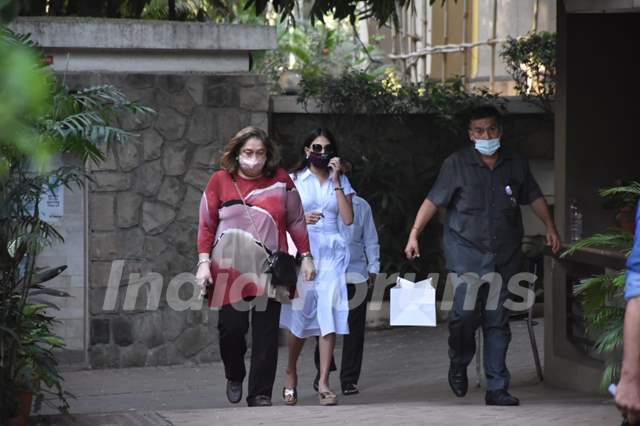 Kareena gave birth to a baby boy in February. She has now returned to her social life and is occasionally spotted in the city. During the day, she was spotted in a striped red and white dress along with her father Randhir Kapoor.

The actress had also recently hosted sister-in-law Soha Ali Khan, her husband Kunal Kemmu and daughter Inaaya on Holi. The family had come down to celebrate the festival and pictures of Taimur and Inaaya, shared by them, are proof that they have a blast.

Kareena had shared an adorable Holi picture of elder son Taimur on Instagram and had written, "Stay safe people. Happy Holi from me." The four-year-old could be seen all drenched in a white kurta pyjama, smeared in colour and striking a cool pose for the camera. More pictures of Taimur playing with cousin Inaaya in a makeshift kids pool were also shared by Soha and Kunal.

Just about a month after giving birth to her second child, Kareena got herself a new hair makeover. She had revealed that she had changed her old hair colour to balayage hair now.

Alongside the sunkissed picture that showed her without makeup, she had written, "Ok I'm ready for more burp cloths and diapers, along with heart emoticons.