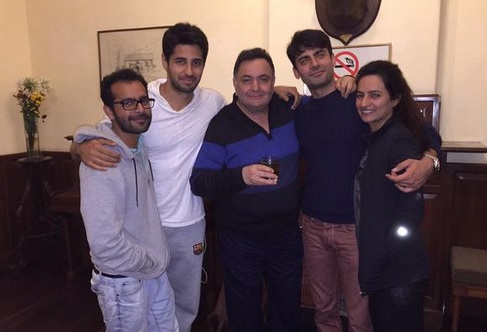 The romantic drama is produced by filmmaker Karan Johar and will see Alia and Sidharth sharing screen space again post their debut film "Student of the Year".

The 43-year-old filmmaker took to micro-blogging website to announce the release date of the film.

5 years ago waiting for this one.
Sidharth and Fawad screens will be on fire

5 years ago Waiting For This Muvie, Spcly for Fawad Khan!

5 years ago Waiting for this movie with great cast and specially for Fawad Khan . All the best

5 years ago Waiting for this movie with great cast and specially for Fawad Khan . All the best