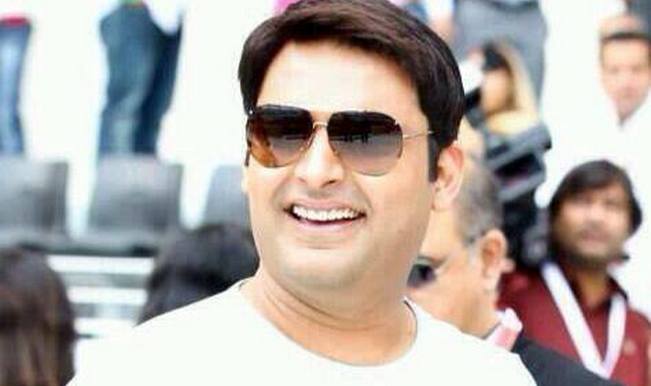 Kapil Sharma is a man caught in a conflict. On the one hand, he is gearing up for his big screen debut in Yash Raj Films' Bank Chor and on the other, his plans to reduce his workload by half on television have reportedly fallen through.

According to a source, channel Colors, which is behind Kapil's hugely successful Comedy Nights with Kapil has refused to turn the show into a once-a-week affair.

The source said: "It was Kapil's plan to do the show once a week instead of twice during the shooting schedule of 'Bank Chor'. But considering Kapil's and the show's popularity, the channel has decided not to reduce the show's weekly frequency."

The channel's decision has put Kapil in a quandary. How does he take time off to shoot for the film?

"Initially, I had planned to do the show once a week during the shooting of my film. But the channel has rejected the idea. They are not ready to listen to my rona-dhona (emotional drama)."

The idea of shooting surplus episodes has also fallen through.

"I can't create a bank of episodes for two months when I shoot my film because all the stars who come on my show do so when they are promoting their films. I can't tell them, 'Aap pehle aa jao kyonki meri film shooting hai (Come earlier because I am busy shooting my film).'

Kapil says he is looking for a way out.

"Luckily for me, my film's shooting is delayed by a few months because the rest of the casting is not complete. But sooner or later, I'll have to face this problem. Maybe get a clone created and call the show 'Hum Aapke Hain...Clone'," he quipped.

.SilentPrincess 9 years ago she looks nice, and so is the cover unlike others this is a good one...

Nikhi. 9 years ago @veena_rocks & enchanted - I think there was an article a few days ago saying that Angela had confirmed that she had been dating Ranbir. Here's the link: http://india-forums.com/bollywood/talk-round-town/20062-i-dated-ranbir-confirms-angela.htm

Though having said that, she might be lying for publicity. And as you say, it's still not fair on her for that to be her 'claim to fame.'

Anyhow, she looks nice on the cover, and I'm really liking the colour scheme that they've chosen.

enchanted. 9 years ago she looks model-esque..i like her :)
it is really annoying to say that her claim to fame was "dating ranbir"! its not even confirmed yet! ..and nobody wants tht to be their claim to fame!

-veena.shona- 9 years ago who told u she "IS DATING" RK?
its nt confirmed yet