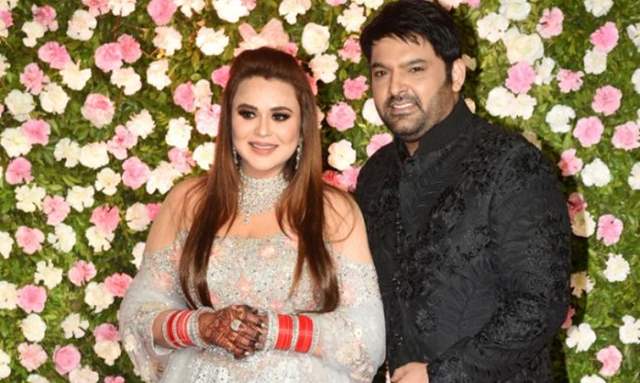 The Kapil Sharma Show is all set to air its first episode today with Sonu Sood. With the relaxations offered by the government and the rules and regulations discussed by the various bodies, it was last month that the shoots resumed and fans are elated to have their favourite shows back on TV.

Recently, Kapil spoke about how it was a great time shooting with Sood and also added how this is not just an episode but more like a tribute from them to someone who has supported a greater cause. He also revealed how there are some live video chats with a few migrants he helped.

Meanwhile, he also spoke about his desire to shoot with wife Ginni Chatrath when he spoke about the new format. He revealed how they have shot with Archana Puran Singh's husband Parmeet Sethi, Kiku Sharda's wife, and Krushna Abhishek's wife too. He added how it was a homely feeling and revealed that Ginni won't be stepping out of the house in the future but he wishes to shoot with her too.

While talking about spending time with Anayra and more, he also added, ''I canned back-to-back episodes in December as a result of which I didn’t get much time with her. Anayra was three months old when the lockdown was imposed. One needs to find happiness in all situations.''

Among other things, he also spoke about if or not Salman Khan will be shooting for the episode and revealed that since he is in isolation, he is not shooting for anything right now.

Even after seven decades of independence, are we really ...
-15 seconds ago