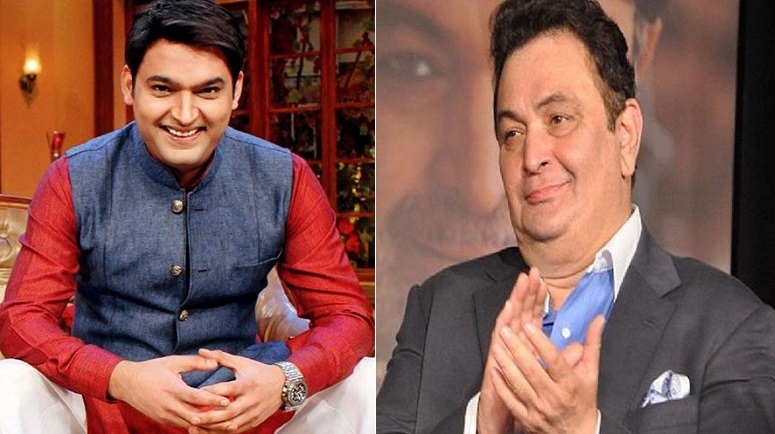 Veteran actor Rishi Kapoor, who visited the sets of "Comedy Nights With Kapil" to promote the film "All Is Well", has thanked Kapil Sharma for having him and has complimented the comedian for being a "natural".

The 62-year-old actor posted on micro-blogging website Twitter: "Thank you all at comedy with Kapil. Was wonderful though it was tiring for me. Result of promotions of 'All Is Well'. That boy is a natural."

Kapil, who is making his Bollywood debut with "Kis Kisko Pyaar Karoon", took the opportunity to thank the veteran for visiting the set of his show.

"@chintskap thanks rishi sir.. Coming from you means a lot for all of us.. You are a true entertainer.. we all enjoyed your presence," Kapil wrote.

Directed by Umesh Shukla, "All Is Well" is slated to release on August 21 and also stars Supriya Pathak, Abhishek Bachchan and Asin in the lead roles. It is produced by Bhushan Kumar's T-Series among others.