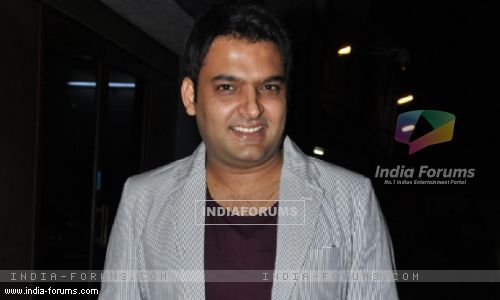 Kapil Sharma has been titled as the king of comedy and it is to no one's doubt that Kapil Sharma is the man who has took comedy to another level.
Well, there have been several reports of Kapil Sharma signing a three film contract with the Yash Raj Films but it did not work out. Later came the news that he will start shooting for the Mahesh Bhatt film early next year. But that too did not work out.
Now, the latest news that has kept the media as well as the people abuzz is that Kapils Sharma will be producing a movie under the banner of his K9 production house. Kapil too went on to twitter to share his excitement with his fans and loved ones.
His tweet read - "Very soon we r going to produce a movie under our K9 productions.. Need ur blessings.. Will post the details soon :))"
He will be producing a Punjabi film which he has planned to set to release in November or December next year.
Well, everyone definitely are very keen to know the details about the movie.
Keep reading this space for more updates on your favorite shows.
Upasana Patel

+ 4
9 years ago Surya Rocks! The Bodhidharman part was my favorite..

+ 2
9 years ago surya rocks he is the best actor.
very talanted person

+ 7
9 years ago Surya really deserves a great applause for his character Bodhidharman...

+ 2
9 years ago You deserve it surya.i am so [proud of you.The character of bodhidharmar was excellently portrayed. Keep it up.

+ 5
9 years ago I am really happy for surya and 7aam arivu is a good movie that shouldn't be missed...
Kudos to everyone...

+ 4
9 years ago I am so happy that this movie is a success, we could see the effort put in by everybody in this film.. Its a must watch . I loved it . Loved it for Surya and the lee guy..Man he is hot..lol

it's definitely a must watch :D