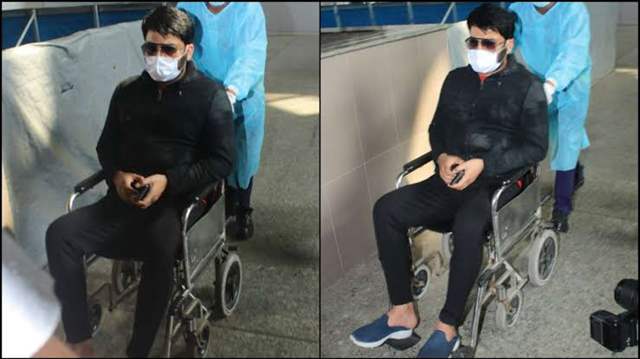 Comdidan Kapil Sharma goes on to find himself in the most unanticipated of controversies at times and some of them are rather preposterous a topic too.

It has been a while since any such controversy happened with Sharma but recently one photograph led to him being involved in a talking point. Sharma was travelling somewhere for which he was on the airport and going towards his flight. But the catch was that he was travelling in a wheelchair. This raised immediate concerns amongst everyone and the paparazzi was instant to highlight the same. There was a lot of ruckus with the same which led Sharma to get tad angry on them thus resulting in a controversy.

But now, finally Sharma has decided to respond to this topic where he answered as to why exactly was he travelling in a wheelchair. Talking about it, Sharma said that he's good and while doing gym, he suffered a small back injury. He also said that he will be fine in a few days and thanked for the concern and regards.

Well, there you have it. There isn't much to worry about as Sharma will be all Hale and hearty soon.