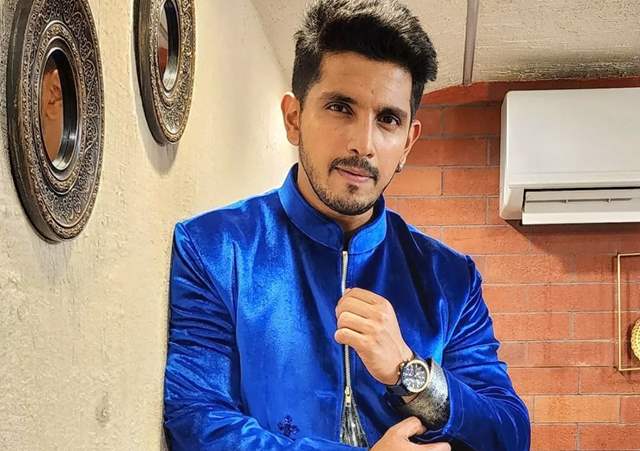 Kanwar Dhillon has won million of hearts with his acting chops in Star Plus show ‘Pandya Store’. The actor convincingly plays the rowdy yet loving Shiva Pandya in the show. Kanwar is not only appreciated for his acting but people also like him for his professionalism and responsibilities towards the fans and viewers of the show. The actor often try to keep a special connect with his fans and making them feel an integral part of his journey.

Apart from being a phenomenal actor, Kanwar is also quite dedicated to his craft and responsible towards his job. He recently suffered an injury in his hand but that didn’t keep him away from shooting for his show. He is seen shooting with a sling for his injured hand. He informed his fans through Instagram that he will continue to shoot despite the injury. He wrote, “It's my work ethics and passion for my craft that makes me drive to the set of Pandya Store every morning with a dislocated shoulder,fracture and muscle tear altogether.. The pain is miserable but no complaints! Your love keeps me going and I prefer to shoot with necessary precautions instead of sitting at home & missing work”.

But looks like Kanwar over-worked which led to aggravated pain in the affected hand. It so happened that the actor was shooting yesterday for Star Plus’ show ‘Ravivaar with Star Parivaar’. Two episodes were to be shot in one day. While Kanwar pulled off for the first episode, the second episode shoot got a little difficult for him. Kanwar informed his fans through his stories on Instagram that he had to leave the shoot midway since his affected hand started giving him acute pain which wasn’t bearable.

Kanwar was relieved and he left for home to rest for the day.

2 months ago Take care Kanwar Dhillon. Health comes first after all. Wishing you a speedy recovery.

+ 5
2 months ago I hope Kanwar Dhillon rests well and takes care of his injury. But hats off to his dedication and work ethic.

+ 11
2 months ago Oh man! We all know, Kanwar Dhillon is a dedicated actor and a thorough professional too. But this injury seems to be real bad that he had to leave the shoot midway, in hindsight seem to be the right decision. Nothing is more important than your health. Hope he feels better soon!