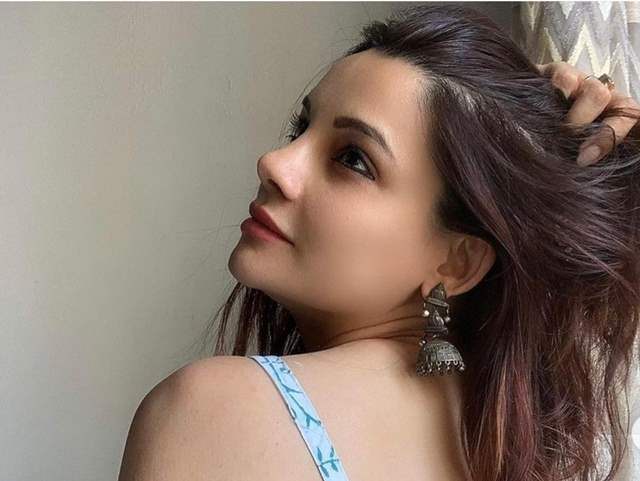 Actor Kanica Maheshwari who is known for her role of Meenakshi in the show "Diya Aur Baati Hum", says while she enjoys being on social media, she doesn't like putting up unnecessary content to be part of an online fad.

The actor who is currently seen in the show "Kyun Utthe Dil Chhod Aaye", tells: "I am an actress and as a public figure I do tend to indulge in sharing snippets of my life to keep my fans updated and also to be relevant in the industry. But I'm not someone to jump on the bandwagon of trends for quick fame or for the mere fear of missing out."

"Having said that I thoroughly enjoy the fun content that creators and some really young budding artists put up online but I personally like to put in a lot of thought in my online communication. There is no dearth of content with bloggers all across the globe churning out fun stuff and setting viral trends, but as an actor, I prefer creating a niche for myself," she adds.

The actress's rendezvous with the digital world also strengthened with her short film "Forever Whim", streaming on an OTT platform. An active social media user, Kanica likes to share pearls of wisdom on her social media accounts, which she learnt in her formative years.

"Sometime last year I created 'Monday motivation' series, where I'm not just writing something philosophical, but sharing the lessons I've personally learnt and have been taught in my life. My father, who is a chartered accountant and also runs an NGO, used to narrate stories while we were growing up and some of them have left a long-lasting impact on the way I now think and live my life," she said.

"I started recreating those short stories he told us. I may not get a million views but the amount of love I receive in my inbox daily is such a blessing. It's overwhelming when people send in messages thanking you for the way my message guided them in their life. I believe I'm creating something of value and the love I get from my fans is my reward and remuneration," says the actress.

She adds: "Fans take the celebrities they love seriously and also listen to them so I feel it is our moral responsibility to put out the right kind of messages which can influence them in a positive way."

Lata Mangeshkar to take the Covid-19 vaccine; She excluded from ...