View Profile
Has her fiesty role in Tanu Weds Manu unleashed a more fiery side of Kangana Ranaut, we wonder? 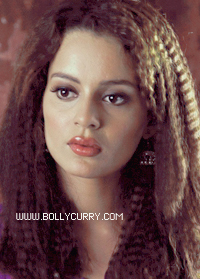 Hot on the heels of remarks that she wasn't at all happy with her critically-acclaimed career so far, Kangna has now vented her feelings on the sets of ETC Bollywood Business.  Talking to host Komal Nahta, she complained that she still feels like an outsider in the industry as it's the 'blue-blooded' individuals who gain more respect.

Venting her anger at the industry she stated that the children of stars control the media interest whilst actors like her are sidelined even if they win an international award.  She also talked about the hurt she feels at reading malicious rumours about herself in the papers and acidly remarked that the industry is fueled by jealousy.

Yes Kangana, that's right - the only surefire way to endear oneself to the media is to diss it on national television!

Don't miss her fiery outburst on the next episode of ETC Bollywood Business!!!