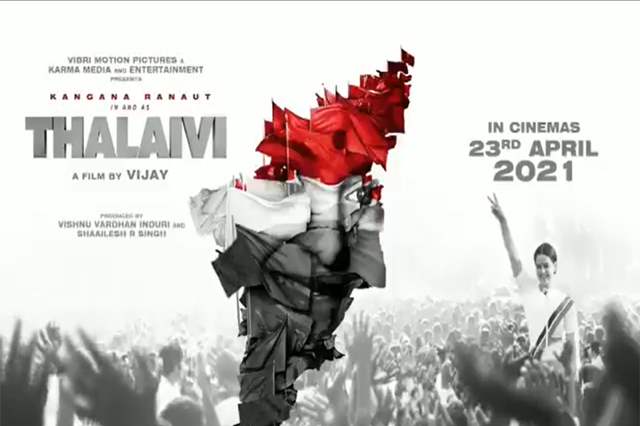 More often than not, Kangana Ranaut is a news constant for all the wrong reasons - from initiating feuds with fellow contemporaries to speaking her mind which almost always crosses limits. However, none of that rules out the certainty that she is indeed a great actor and her resume of films is impressive.

So, on that note, Ranaut has more projects in the pipeline, one of them being the extremely awaited Thalaivi. The biopic on Jayalalitha has been a constant talking point from Ranaut's disguise as Jayalalithaa to her apparent transformations for the character. But just like many other films, Thalaivi has also been delayed for a long time until now.

Today marks Jayalalitha's birth anniversary and this was the perfect time for the makers of Thalaivi to confirm the release date of Thalaivi. It has now been confirmed that the Ranaut led, Vijay directed and Vishnu Cardhan and Shaailesh R Singh produced Thalaivi will be releasing on 23rd April 2021.

Apart from Hindi, Thalaivi will also be releasing in Tamil and Telugu.