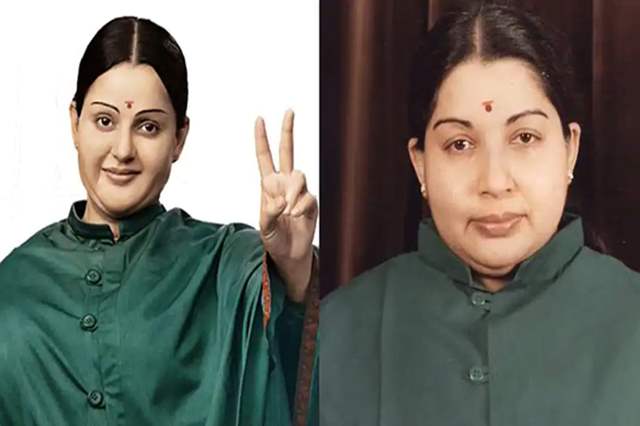 Actor Kangana Ranaut is usually known and constantly in the news forthe many controversies she continues to be a part of everytime. However, if there is one thing that her fans do specifically look forward to - it is her work related news. The actor does have multiple projects coming in soon and of the first ones that will be coming the soonest is her biopic - Thalaivi, the multilingual film where Ranaut plays Jayalalithaa. The films is said to have been made quite a bit so far but even then there are several scenes to be shot. One of the biggest highlights for this biopic would have organically meant having hundreds of junior artists coming in for public rally scenes involving Ranaut's Jayalalithaa, who was known to be an amazing orator.

However, with no sign of COVID-19 and its pandemic effect slowing down, there is not much to do for the makers but work with what ways are available and do their job accordingly.

A public rally scene is indeed the last possible scene that can be shot in this atmosphere right now and hence, sources suggest that the makers will be shooting these scenes through computer graphics. A source report suggests that owing to the pandemic not slowing down and having absolutely no chance to be shooting with large crowds, they do not want to delay too much and hence are rather going to be shooting with CGI. Says Thailavi  producer Shailesh Singh, "Most of the public speeches  of Jayalalalithaji, we had already shot, only few such scenes are left , what we will shoot now, it will be according to Covid guidelines and in those shots definitely if required, we will use CG."