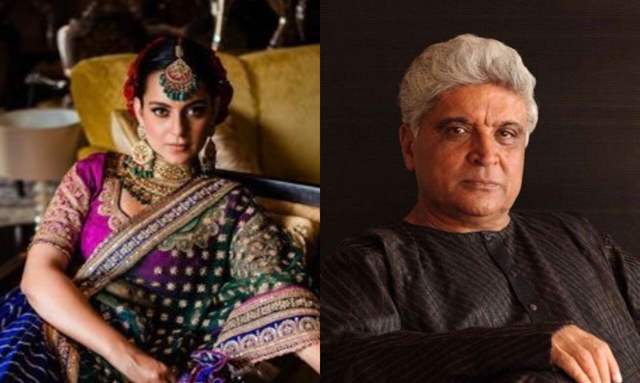 The rift between Kangana Ranaut and Javed Akhtar continues to widen as the Queen actress was issued with a bailable warrant in connection with the defamation case against her filed by Javed Akhtar. The order was reportedly issued by the Andheri metropolitan magistrate court.

The recent development comes after Javed Akhtar had filed a criminal complaint against Kangana in November, 2021 for allegedly making defamatory and baseless comments against him in her interviews.

The veteran lyricist reportedly said that in her interviews after Sushant Singh Rajput’s death, Kangana brought up his name while speaking about a ‘coterie’ in Bollywood.

This bailable warrant was issued against Kangana Ranaut on Monday after she failed to appear before the court during the hearing on the criminal complaint against her, reported PTI.

The report also mentioned that the Andheri metropolitan magistrate’s court had issued a summon to Kangana on February 1, to appear in Court on March 1. However, Kangana did not turn up, after which the court issued a bailable warrant against her.

1 months ago Good...she just can't go around lying and speak nonsense about people