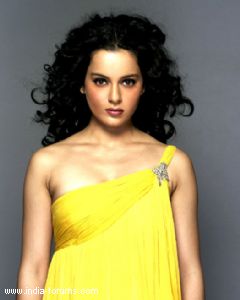 Promoting films via television shows is in trend, and the makers of 'Queen' are making no exception. Lead actress Kangana Ranaut will be seen shaking a leg in dance reality show 'Boogie Woogie Kids Championship'.

Not only will the actress perform on the show, but she will also be seen mixing with the other contestants, said a statement.

The episode will be aired on Saturday on Sony TV.

Kangana was last seen in 'Rajjo', which received a lukewarm response at the box office.