View Profile
Kangna Ranaut, who has given us some power-packed performances, actually smoked a joint for her upcoming release Tanu Weds Manu!
However, the lady was unaware the joint was real. 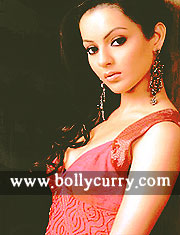 Kangna plays a vibrant, small town girl who enjoys a bit of mischief in life, and it was for one such mischief making sequence where the actress was to be shown smoking a joint. Without any reservations, the pretty actress gave her nod and got on with the needed shot. However, the crew of the venture decided to play a little prank and spiked up the joint for real. Oblivious of the same, Kangna did many scenes which included numerous retakes, until the prank played remained harmless no more.
The crew realized that the prank had gone too far when Kangna starting puking and feeling dizzy. The actress was so sick that she could not shoot for the rest of the day and had to rush home to rest while the effects took their time wearing off.
The guilty and worried unit apologized to Kangna who being the spirited person she is, forgave the crew taking the joke in stride.
Tanu weds Manu, co-starring Madhavan, hits the silver screen February 25th!
11 Likes

Aditya Chopra Pens a Heartfelt Note on '50 years of Yash Raj ...
18 minutes ago