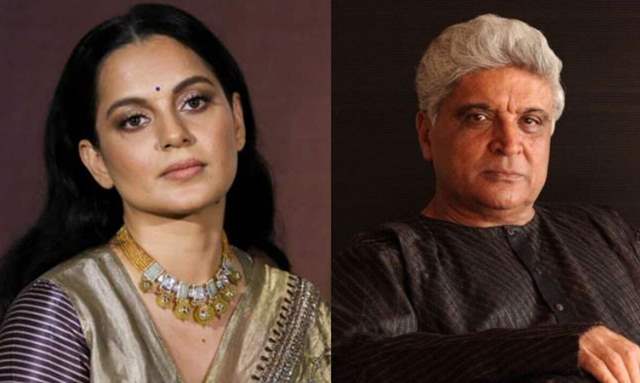 Bollywood actress Kangana Ranaut has once again made it to the headlines for an application she filed during the hearing of Javed Akhtar‘s defamation plea before the Andheri magistrate court. During the hearing on Friday, Kangana through Kangana's lawyer Rizwan Merchant sought exemptions from personal appearance in court hearings stating that she was busy and therefore cannot make it for the hearing.

Javed Akhtar’s counsel Advocate Jay Bhardwaj opposed the application. However, owing to the restrictions amid the pandemic, the court denied passing any adverse order for non-appearance of a person and allowed the exemption.

The Thalaivi actress’ application states that she is busy with work, and therefore, cannot physically attend the hearing.

Her application also states that she is "One of the top-most actresses of the Hindi film industry and has won several prestigious awards including National Awards, and has also been honoured with Padma Shri, fourth-highest civilian award in India."

The application further added, "by virtue of being an actress she needs to travel to different parts of the country and even to international locations for professional commitments. That there are huge monetary investments made by production houses in booking such shooting locations (in different parts of the country as well as international locations), wherein the Applicant essentially needs to participate as an Actress."

She also emphasised that "attending the dates of trial on regular basis will require her to travel miles from different work locations to Mumbai, thereby causing undue hardships, and she will thus not only be able to her professional commitments as well and the Production Houses shall also incur huge financial losses,” reported India Today.

The 34-year-old actress promised that her non-appearance "shall not come in the way of the proceedings with trial and she will appear through her advocate." She also added that "she has no objection if the evidence is recorded in her absence," and has also authorised her advocate to record a plea on her behalf.

Kangana Ranaut's passport renewal appeal is all set to be heard by the Bombay High Court on Friday. The actress reportedly faced issues while seeking a renewal of her passport from the authority owing to an FIR against her in the Munawar Ali case. Post this, the actress had appealed to the Bombay High Court and after one hearing the apex body had given the matter the date of June 25 for hearing.