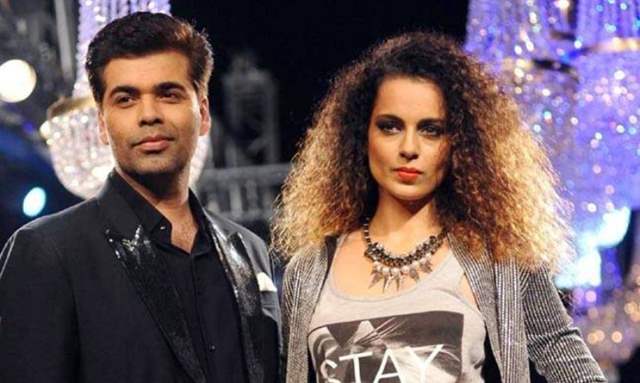 Kangana Ranaut’s bad blood with Karna Johar does not seem to end anytime soon. The actress has carved a niche for herself and she plans on slamming everyone who reportedly tried to pull her down from success. On Monday her team revealed that her account might be suspended soon and even though there is a lot to share, she must utilize her time to expose them.

While the actress has been vocal about a lot of controversial topics, she has once again taken a dig at Karan Johar. Kangana’s team has requested the government of India to take his Padma Shri back as he has intimidated the actress in the past.

Taking to her Instagram handle, Kangana Ranaut’s team wrote; “I request government of India to take KJO’s PadmaShri back,he openly intimidated me and asked me to leave the industry on an international platform,conspired to sabotage Sushanth’s career,he supported Pakistan during Uri battle and now antinational film against our Army.”

Clearly, Sushant Singh Rajput’s untimely demise has shocked the entire nation and many have raised their voices in his support. While there has been a massive uprising on social media, fans and netizens are seeking answers as to what was the real reason behind his death.

While many have requested for a CBI probe for Sushant, even Kangana took to Twitter to share a video of the ‘Queen’ actress where she was seen holding a placard that read “JUSTICE FOR SUSHANT #CBIforSushant.”