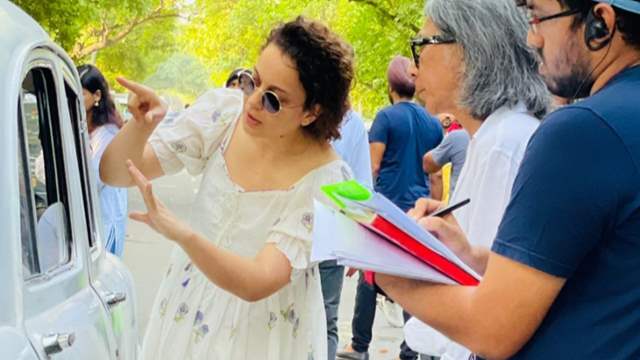 Every effort is being made by Kangana Ranaut to give her best for her upcoming film, "Emergency." On the movie, she has been working nonstop and also keeps her fans updated through her social media.  She actually continued to work despite being sick with dengue a few weeks ago.

On Friday, she took to Instagram and gave a glimpse of her directing stint. The Manikarnika actress dropped a string of images from the sets of 'Emergency'.

In the first picture, she is seen explaining a particular scene to her team members. She captioned it as, "Most gratifying job in the world is to make cinema...this morning on Emergency shoot". In another image, she is seen flaunting her "favourite directing pose." Kangana is looking at the monitor with her arms on her waist.

While she captioned the third image as," filmmaking my first love." In the picture, she is seen busy discussing something with her crew. 'Emergency' revolves around the life of former Prime Minister Indira Gandhi and it features Kangana in the titular role of the late politician.

Well for the unversed, yesterday the Queen actress introduced Milind Soman as Sam Manekshaw in her film. 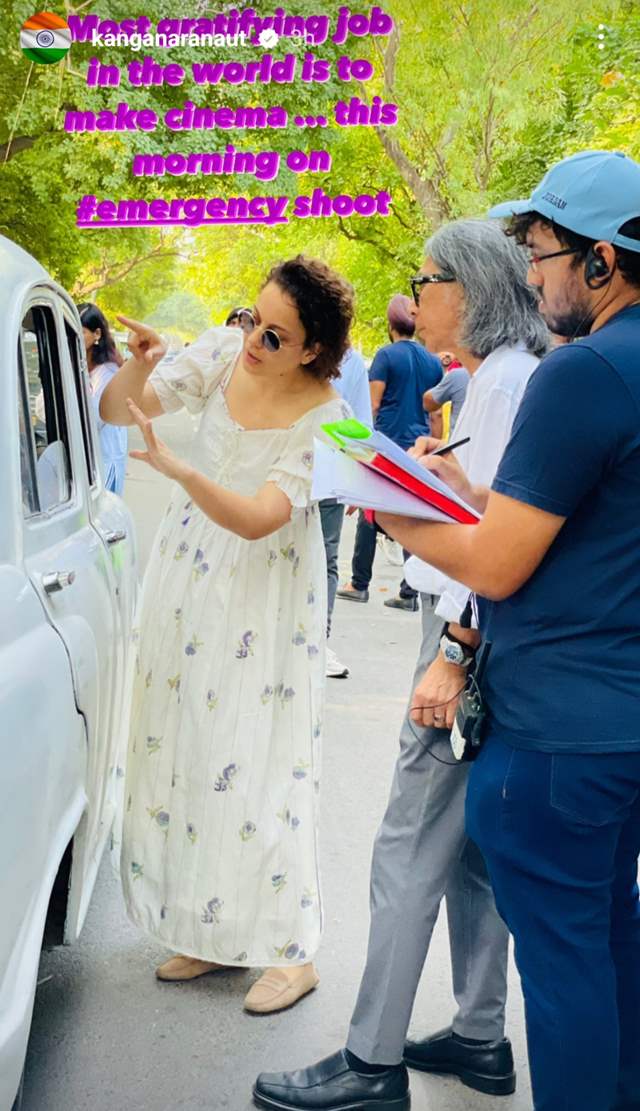 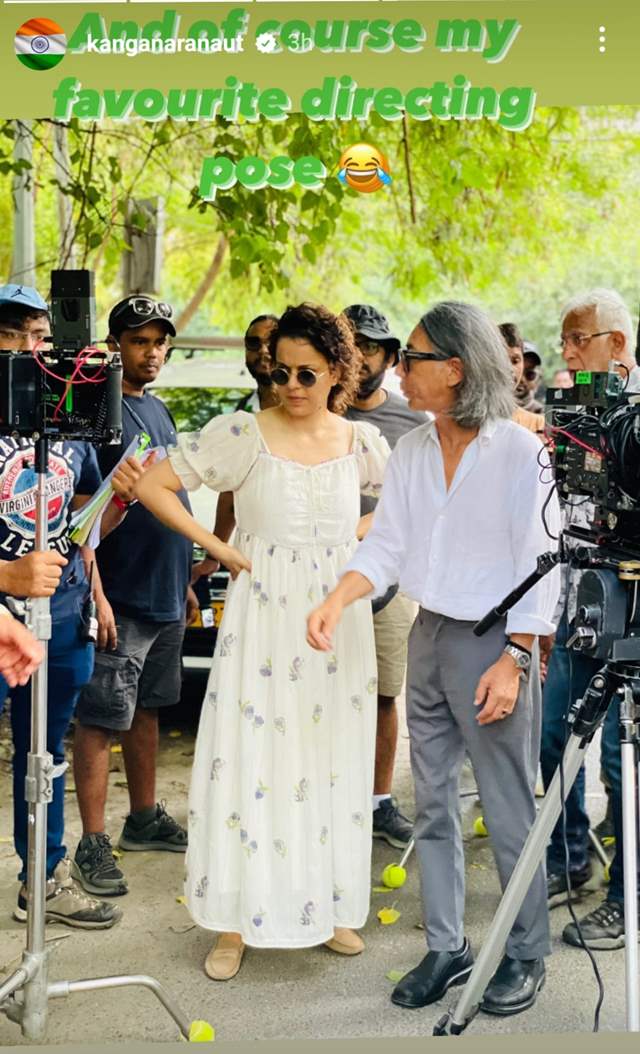 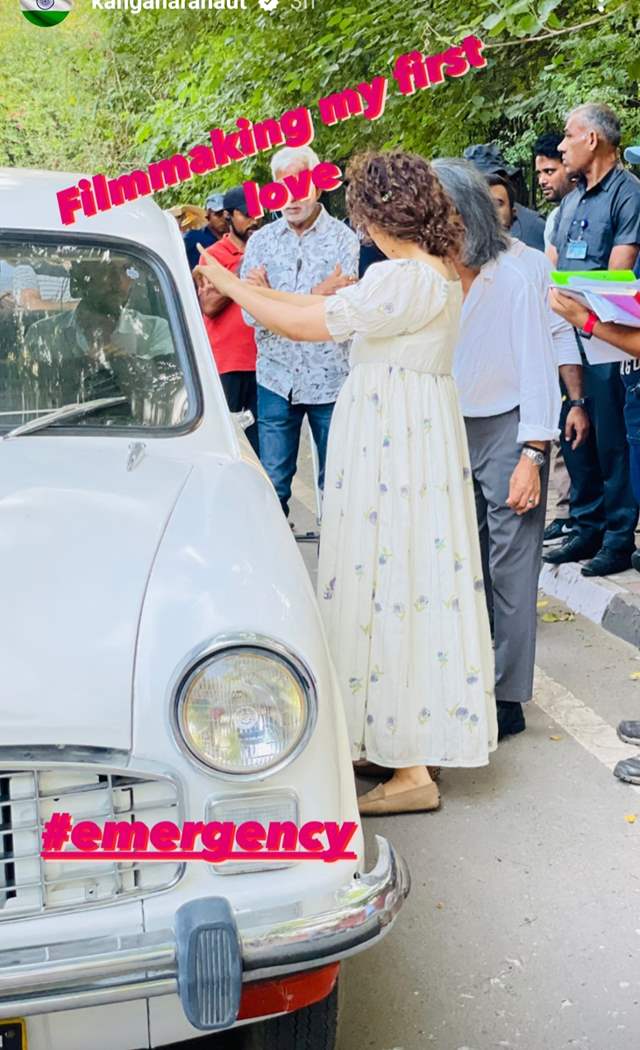 Ritesh Shah penned the screenplay and dialogues of the film. A Manikarnika Films presentation, Emergency is produced by Renu Pitti and Kangana. The team has commenced the filming of the project. This marks Kangana's first solo directorial.