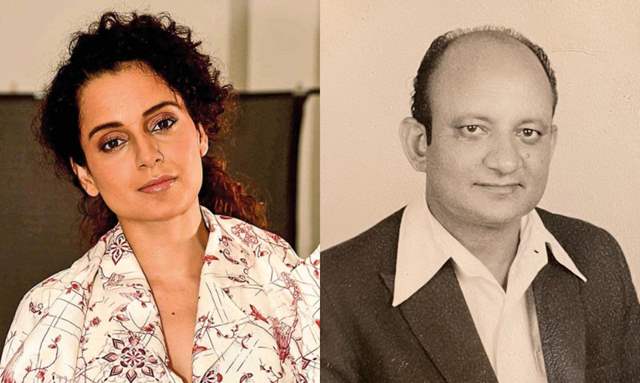 Actor Kangana Ranaut experienced a major setback on Monday evening after her grandfather passed away at their family home in Manali. The actress took to her Twitter handle and announced his sad demise and even penned a heartfelt note for the late 90-year-old.

Sharing his picture, Kangana wrote, “This evening I drove to my parents house as my grandfather Shri Braham Chand Ranaut wasn’t keeping well for past few months, just when I reached home he had already passed away.

He was 90 years old still had an impeccable sense of humour and we all called him Daddy. OM Shanti.”

In her post, Kangana fondly remembered her grandfather as they used to lovingly call him 'daddy' and revealed that he had a great sense of humor.

Kangana has been working relentlessly ever since the lockdown was lifted. She stayed with her family in her hometown when the government announced a lockdown to curb the spread of coronavirus.

She recently made a trip to Delhi to meet Defence Minister Rajnath Singh, ahead of her film ‘Tejas’. She will soon start working on ‘Tejas’ wherein she essays the role of an Air Force officer.

Kangana Ranaut recently announced the wrap of her multi-lingual drama ‘Thalaivi’. Apart from that, Kangana will also be seen in an action entertainer ‘Dhaakad’.

Kangana Ranaut turns 34, pens long note on her birthday: “I like being ...