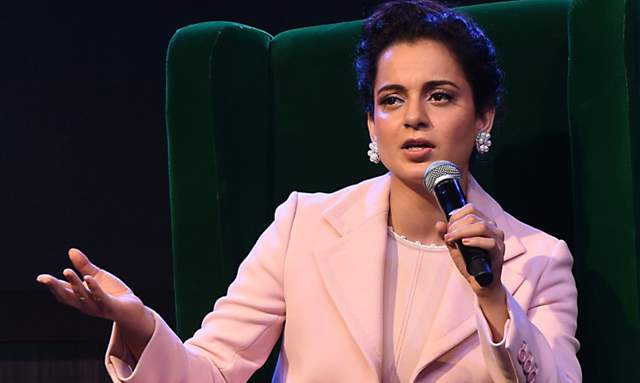 Kangana Ranaut To Make Her OTT Debut With An Indian Adaptation Of 'Temptation Island'. In the last few years, OTT platforms have boomed worldwide. Indian actors have been making their OTT debut, and their fans have only been happy to see their favourite actors, at the tap of a finger. OTT’s have made it an even playing field, benefitting actors all around the globe. While many famous Bollywood faces have made their OTT, debut, we have some exclusive deets for you. Now another, Bollywood actor, is all set to make her OTT debut and it sounds super exciting. Kangana Ranaut is all set to make her OTT debut but it isn’t going to be with a film, but a show. Yes, you heard us right!

In the past, Superstars of Bollywood have impressed us with their oration skills and these shows benefited from the stardom of the actors. From Bollywood legend Amitabh Bachchan, who has been hosting Kaun Banega Crorepati for years and  King Khan hosting a lot of shows like Ted Talks India to Salman Khan hosting Bigg Boss for years now.

A source close to the development revealed, "Kangana is going to be the host of a reality show which will premiere on an OTT platform. The show will be an Indian adaptation of the American reality show, Temptation Island and the actress has already signed on the dotted lines and is all set to kick start the shoot."

The show, Temptation Island bring together couples and singles to test their bond and strengthen their connections. Besides this, Kangana is also gearing up for the release of J. Jayalalithaa‘s biopic, Thalaivi which was delayed due to the second wave of the coronavirus. Coming back to the news, we for sure are looking forward to this OTT debut and it feels like a show we are going to enjoy, thoroughly.

16 days ago Of all the people in Bollywood, they had to choose her. A person who had made racist remarks. Who disrespects her colleagues. Who makes disgusting comments all the times.