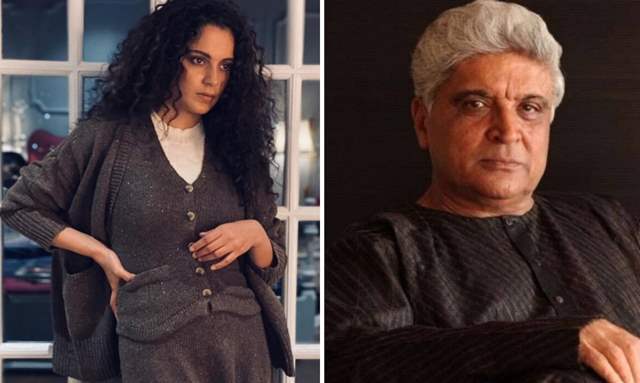 A new day and a new trouble has surrounded Bollywood actress Kangana Ranaut. Veteran lyricist-writer Javed Akhtar had filed a defamation case against the actress after she levelled several allegations against him.

In the latest update, the Mumbai Police has summoned Kangana Ranaut in the defamation case. Reacting to the same, Kangana took to Twitter to vent out her anger. She wrote: “Today one more summon for me. Come all hyenas come together... Put me in jail... torture me and push me against the wall with 500 cases ... come on."

For the unaware, Kangana, at several instances, had accused Akhtar of ‘threatening’ her and that he forced her to apologise to ex-flame Hrithik Roshan. Her sister Rangoli Chandel had also shared on Twitter, “Javed Akhtar ji called Kangana home and intimidated her threatened her to say sorry to Hrithik, Mahesh Bhatt threw chappal on her cos she refused to play a suicide bomber, they call PM Facist, chacha ji aap dono kya ho?”

After keeping mum for a long time, Javed Akhtar broke his silence and filed a defamation case against Kangana. He recorded his statement through his lawyer last month, in December.

1 months ago Oh pls...no one is torturing you...if you make false claims on people...those people have the right to put cases on you... without proof,she would go around making claims but when she is called to show the proofs of it...she starts playing the victim card...