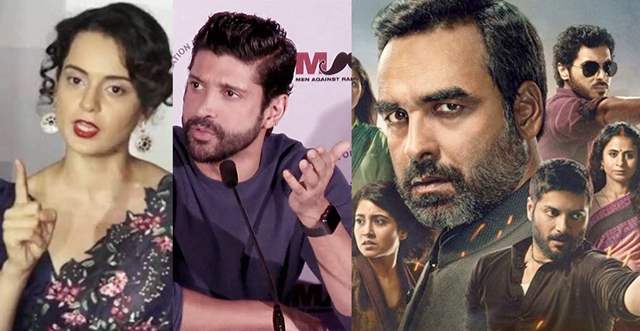 The brutal killing of a 19-year-old college student named Nikita Tomar in Faridabad on Monday, has shocked the whole nation. Nikita was returning home from college after appearing for her exams, when Tauseef Khan killed her.

As per reports, Tauseef, along with his friend Rehan, was arrested from Mewat by the Haryana Police SIT, has reportedly told the investigators that he killed Nikita Tomar as she was planning to get married soon to some other person. Since Nikita had refused to convert to Islam and rejected his ''friendship'', Tauseef was infuriated and wanted to teach Nikita a lesson. With no option left, Tauseef planned to kill her and shot her dead as she came out of her college on Monday after taking her exams.

Now, Kangana Ranaut has lashed out at Farhan Akhtar for producing web series Mirzapur after reports of the recent alleged "love jihad" killing in Ballabhgarh, Haryana revealed that the killer was instigate to commit the crime after watching the highly acclaimed web series Mirzapur.

Taking to her social media account, Kangana slammed Farhan and wrote: "This is what happens when you glorify criminals, when negative and dark characters are played by good looking young men and they are shown as anti heroes not villlains then this is the result, shame on Bullywood for causing more damage than good always..."

ChickenSoup 1 months ago She should be at a psychiatric ward. She needs professional help.

ishan2003 1 months ago She has lost the plot again.