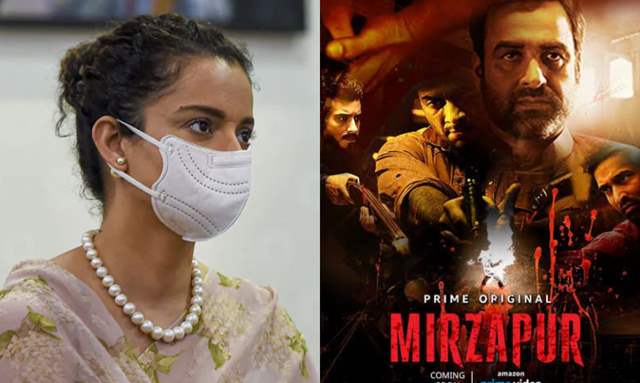 Kangana Ranaut has once again taken a dig at ‘Bullywood’ and unleashed her wraith at the industry for glorifying criminals.

The Queen actress took to her Instagram handle as she wrote, “This is what happens when you glorify criminals, when negative and dark characters are played by good looking young men and they are shown as anti heroes not villlains then this is the result, shame on Bullywood for causing more damage than good always…”

Kangana Ranaut’s tweet comes after a Dainik Jagran report stated that Tauseef, the accused of Nikita Tomar’s murder informed the Police that he was inspired by Divyendu Sharma’s character Munna in the Pankaj Tripathi led web series - Mirzapur, following which he decided to shoot Nikita for rejecting his proposal.

For the uninitiated, the killing of a 21-year-old college student - Nikita Tomar in Haryana’s Faridabad district on Monday sent shockwaves through the country. She was reportedly killed right outside her college in Faridabad’s Ballabhgarh where she had gone for an examination. According to a Times Now report, as the accused and his accomplice have been arrested, investigations have unraveled a new angle to the killing other than ‘love jihad’ as alleged by the family.