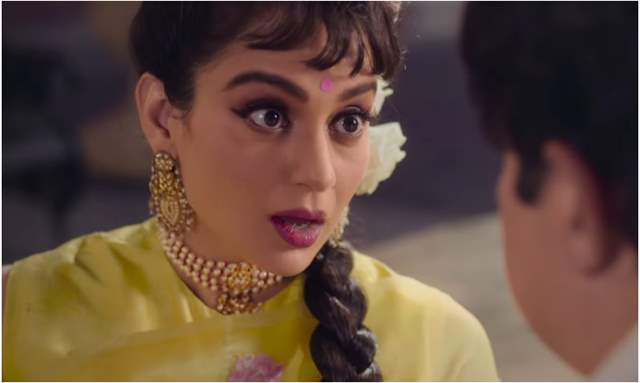 Inching closer to the theatrical release, Kangana Ranaut starrer 'Thalaivii' has released a  romantic song 'Teri Aankhon Mein' tracing the on-screen chemistry between Jayalalithaa and MGR, by recreating the iconic songs of the Superstars.

After releasing the teaser of the song on Friday, Kangana Ranaut has launched the song offering a glimpse into the golden years of South Indian Cinema in the 60s and 70s.

Bringing to screen the relationship that Jayalalithaa and MGR shared, 'Teri Aankhon Mein' gives deeper insight into the bond between the duo as co-stars, ruling the silver screen. 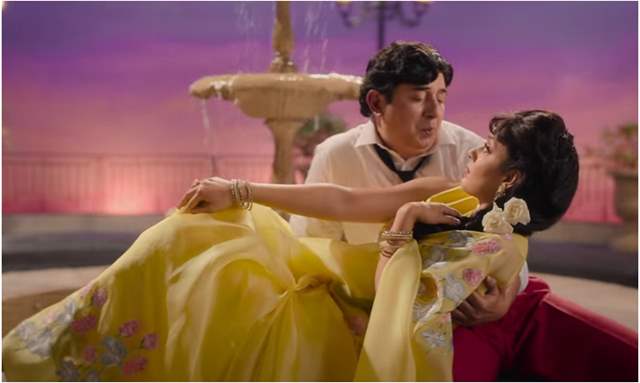 From replicating the looks to the movements on screen, Kangana has attempted to resemble the nuances from original songs to the closest, paying her ode to the most loved and respected cinematic legends of Tamil Nadu.

Talking about the same, Kangana said,

"Jaya Amma’s songs are significant because they are part of pop culture. This song is an amalgamation of those tracks. Jaya Ma and MGR gave 60 to 70 songs together. They worked together for decades, but we had to crack it in the span of four days. In a day, I would go through several looks and hairstyles. The two forces of Tamil cinema created fireworks on screen, and I wanted that magic to be authentic."

Revealing the experience of shooting the song while also gearing up for the latter part of the film, Kangana said,

"In her younger days, Jaya Amma had an hourglass body. But we were on the brink of shooting the second hour of the film. My director took it upon himself to make sure I was well-fed. His mother’s handmade meals came in three tiffins."

The actress had gained almost 20 kgs to portray Jayalalithaa in the latter part of her life.

Opting for a theatrical release, the makers of 'Thalaivii' pay an ode to Jayalalithaa returning the legend to the silver screen.

Directed by Vijay, Thalaivii, presented by Vibri Motion pictures, Karma Media Entertainment and Zee Studios in association with Gothic Entertainment and Sprint films has been produced by Vishnu Vardhan Induri and Shailesh R Singh and Co produced by Hitesh Thakkar and Thirumal Reddy with Brinda Prasad as the Creative Producer. Thalaivii is set to release in theatres worldwide in Hindi, Tamil and Telegu by Zee Studios on 10th September, 2021.