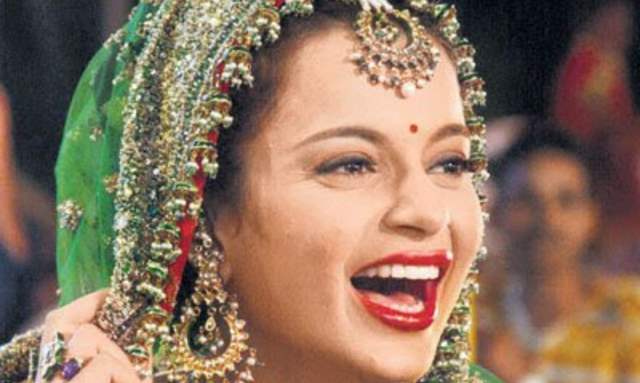 The Panga team attended the trailer launch event held in Mumbai a few days back. During the media interactions, she was asked about her marriage plans, to which the actress had a quirky answer.

On being asked whether she is planning to take ‘panga’ of marriage in 2020, Kangana pointed at her director  Ashwiny Iyer Tiwari and said, “You know, yeh jab se mujhe mili hai, meri shaadi karwane ke chakkar mein hai.” (Ever since she’s met her, she’s after getting my marriage done.)

“Actually, mujhe humesha lagta tha ki it will be very difficult to find somebody in a marriage where you can have an equal companionship. But jab se maine Ashwini ji ki marriage dekhi hai, mujhe bohot umeed hai ki a marriage like that is possible. I’m a big fan of Nitesh sir and how he supports her – inki jo creative collaboration hai and the way they are together,” Kangana shared at the event.

There is more to it as Kangana also revealed the qualities she’s looking for in an ideal match. “I think I need somebody who is more intelligent than me, more beautiful than me and more talented than me,” she stated.

Well, only time will tell if we get to hear any wedding bells soon!

5 Reasons why the upcoming episode of Roadies Revolution ...
a minute ago

Breaking
Breaking After Erica Fernandes and Aamna Shariff, Parth Samthaan to ...
20 minutes ago

Riteish Deshmukh calls wife Genelia, "My Everything" as he ...
26 minutes ago