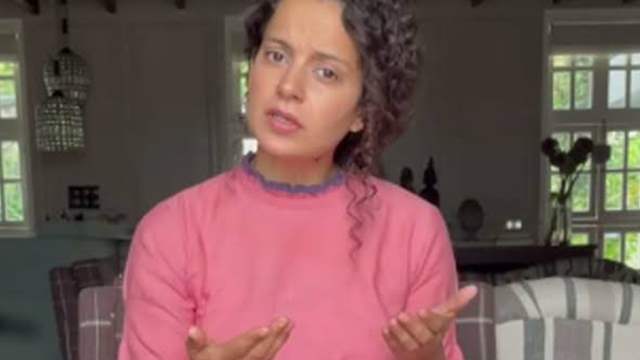 To talk more about the entire incident, Kangana Ranaut took to her Koo account to allege that the Maharashtra government has been trying to harass her indirectly by filing a false case on her. She wrote: 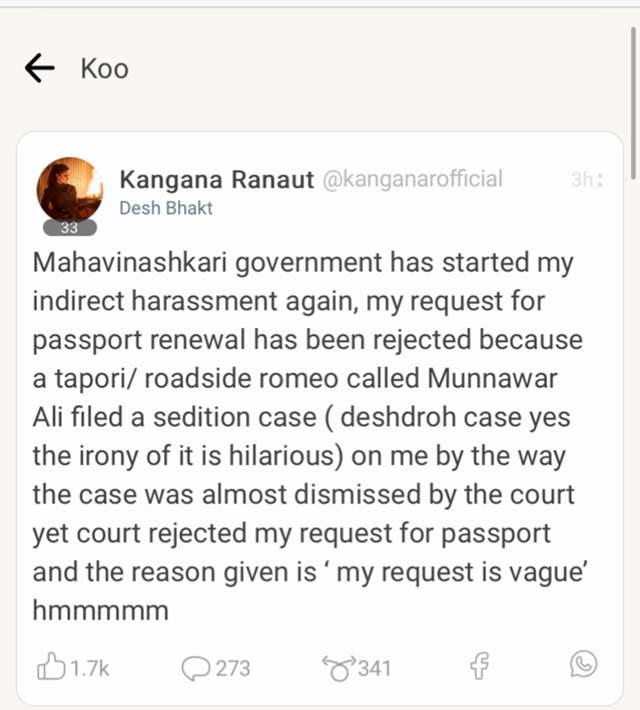 She further also stated how when actor Aamir Khan had offended the BJP government back in the day his passport wasn't held back nor were his shoots stopped. She added:

"when Aamir Khan offended BJP government by calling India tolerant no one held back his passport to stop his films or shoots in no way he was stopped or harassed. But in my case I am being harassed and due to my passport being held back I'm unable to travel anywhere."

In her interim application filed through advocate Rizwan Siddiquee, Ms Ranaut said the Passport Authority had refused to renew her passport on account of an FIR registered against her and her sister Rangoli Chandel by the Bandra police earlier this year over some comments they had allegedly made on Twitter in October last year.

In her application filed on Monday, Ms Ranaut had said she needed to travel to Budapest this month for the shooting of her upcoming film 'Dhakkad' and thus, needed her passport renewed.

A bench of Justices PB Varale and SP Tavade adjourned the hearing and said that Ms Ranaut's application was "vague".