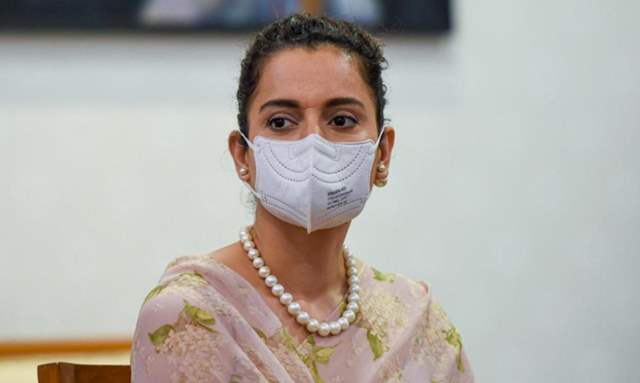 Actress Kangana Ranaut on Saturday clarified about the reports of her allegedly merging three flats into one. She denied the reports through her Twitter handle about the flat which she owns on the fifth floor of a 16-storey building in the Khar area of Mumbai.

The actress maintained that the building has been constructed in a way that there is one apartment on each floor, and it was like this when she purchased it. Now, in a shocking turn of events, the actress has once again hit back at Brihanmumbai Municipal Corporation (BMC) and alleged that the civic body is harassing her. Furthermore, she then aimed her attack at the Shiv Sena government calling it the ‘Mahavinashkari government’.

Kangana's tweet read: "Fake propaganda by Mahavinashkari government, I haven’t joined any flats, whole building is built the same way, one apartment each floor, that’s how I purchased it, ?@mybmc? is only harassing me in the entire building. Will fight in higher court"

Earlier, BMC demolished a portion of Kangana Ranaut’s office in Bandra while she was en route to Mumbai. Later, the actress filed a case against Shiv Sena’s Sanjay Raut and the concerned officer who reportedly gave orders for the demolition of her property.