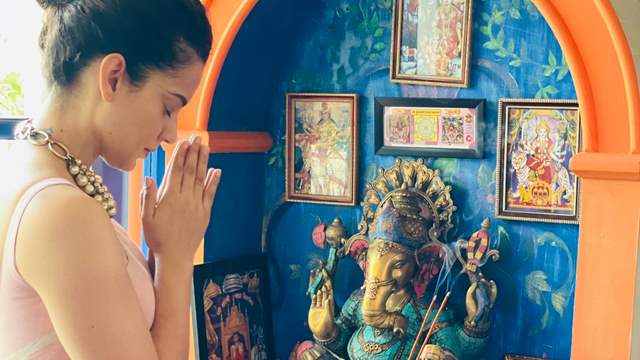 Kangana Ranaut is on a roll. She recently launched the trailer of her much-awaited film, Thalaivi on her birthday. A grand trailer launch was hosted by the makers in Mumbai.

Now, Kangana is back to business as she is heading to Jaisalmer for the shooting of her film Tejas. Before jetting off, the actress offered her prayers at the temple in her house. She offered the prayers for everyone’s well-being amid rising cases of Coronavirus.

“It was a very short trip home, now leaving for Jaisalmer for #Tejas shoot, distressed to see COVID cases rise everywhere, praying for everyone’s well being .... also thank you for all for all the love and kindness bestowed upon #ThalaiviTrailer”, Kangana wrote as she shared some pictures.

The trailer of Thalaivi seems to have impressed the audience who are in awe of the actress’ performance in the film. The film is a biopic of late former Tamil Nadu chief minister J Jayalalithaa and stars Kangana Ranaut in the titular role. Directed by A.L. Vijay, the film also stars Arvind Swami as MG Ramachandran, Prakash Raj as M Karunanidhi, Jisshu Sengupta as Sobhan Babu and Bhagyashree as Jayalalithaa’s mother Sandhya. 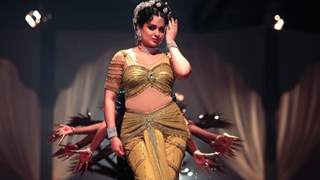