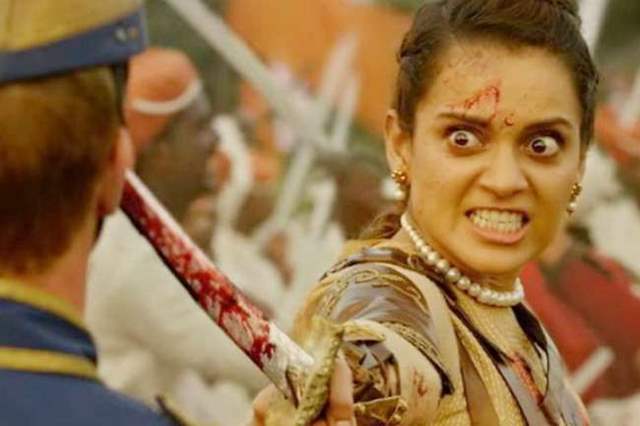 We all know what has happened in the recent past with Kangana Ranaut’s office space after her comment on Mumbai. The actress’ office was partly demolished by BMC, which did leave her in tears. Her latest tweet is a warning that she could soon unleash her lethal side.

The actress after meeting the Governor of Maharashtra, Bhagat Singh Koshyari, jetted back to Manali from the city.

Her latest Tweet is like warning to all those who might have left her hurt and wounded.Speaking about a woman’s compassion and gentleness not to be taken as her weakness, the actress urged people not to push anyone to such an extent that they have nothing loose, but only freedom to gain with such individuals in the society becoming dangerous as well as lethal.

Her Tweet read, “A woman’s compassion and gentleness are often taken for her weakness, never push someone to a point where they have nothing to loose anymore, you only give them a freedom not many know, such people don’t only become dangerous but lethal as well,” followed by a smiling emoji.

As reported earlier, Kangana's office had been vandalized by the BMC (Brihanmumbai Municipal Corporation (BMC). Within 24 hours of sending her a legal notice, the BMC officials demolished her office calling it an illegal construction and despite the Government banning demolitions till September 30, 2020 owing to the COVID-19 situation, her office was still broken down.

And since then all hell broke loose and the actress is in a spree to teach the Chief Minister of Maharashtra, Uddhav Thackeray a lesson.

Post returning to Mumbai, she had shared a video on her social media account wherein she said, "Uddhav Thackeray, tune mera ghar toda hai, mein tera ghamand todungi. (Uddhav Thackeray you broke my house, I will break your Ego.)

"'BJP should instead let Shiv Sena goons break my face, rape or openly ...