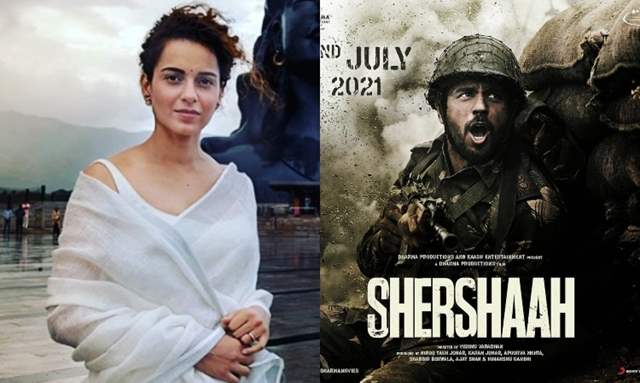 When Sidharth Malhotra first came to learn about the intricate details of Captain Vikram Batra’s life through the war hero’s twin brother Vishal Batra, he instantly knew that Shershaah was a story that simply must be told to audiences around the world.

Now, in a rather surprising turn of events, actress Kangana Ranaut has approved of Shershaah and she cannot stop praising the film. The 34-year-old actor is known to have been critical of the recently released films in Bollywood. She has not harboured any liking for the filmmaker or his previous works. In fact, her tirade against nepotism in Bollywood, especially Karan Johar, has often made it to the headlines.

Earlier today, the Thalaivi actress took to her social media handle and shared a throwback photo of Captain Vikram Batra. Her caption read, "National hero Vikram Batra was a Himachali boy from Palampur, very popular and loved soldier. When the tragedy happened, news spread like wildfire in Himachal, it slid through our hearts. As a kid, I remember being tormented for days." 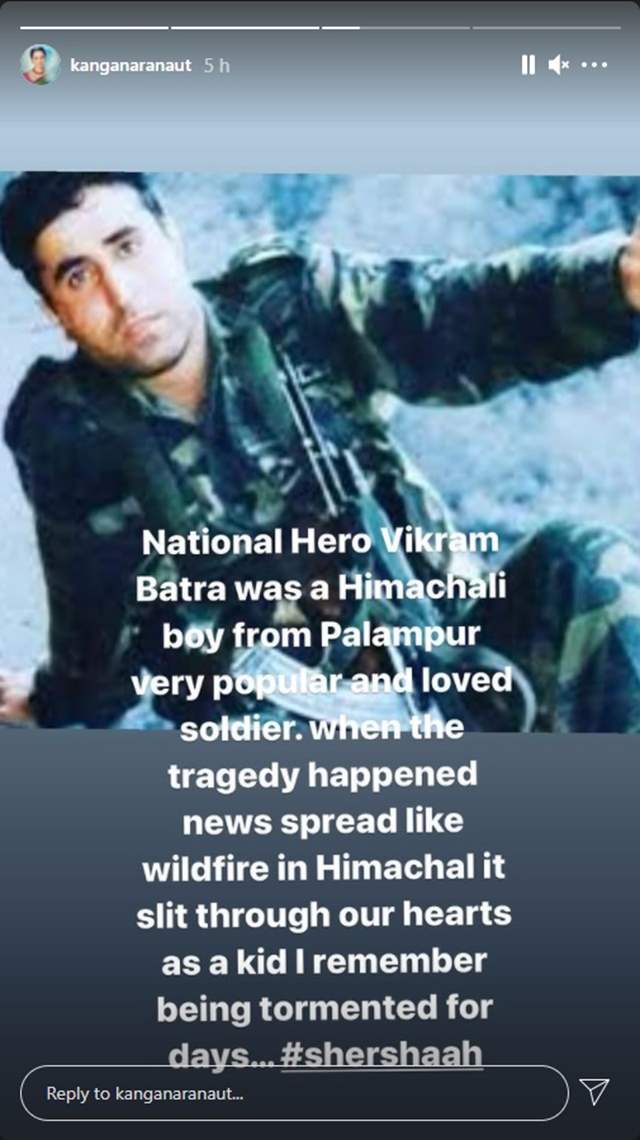 She then shared a photo of Sidharth Malhotra from the movie and wrote, "What a glorious tribute @sidmalhotra. Congratulations to the entire team. It was a big responsibility and you all excelled." 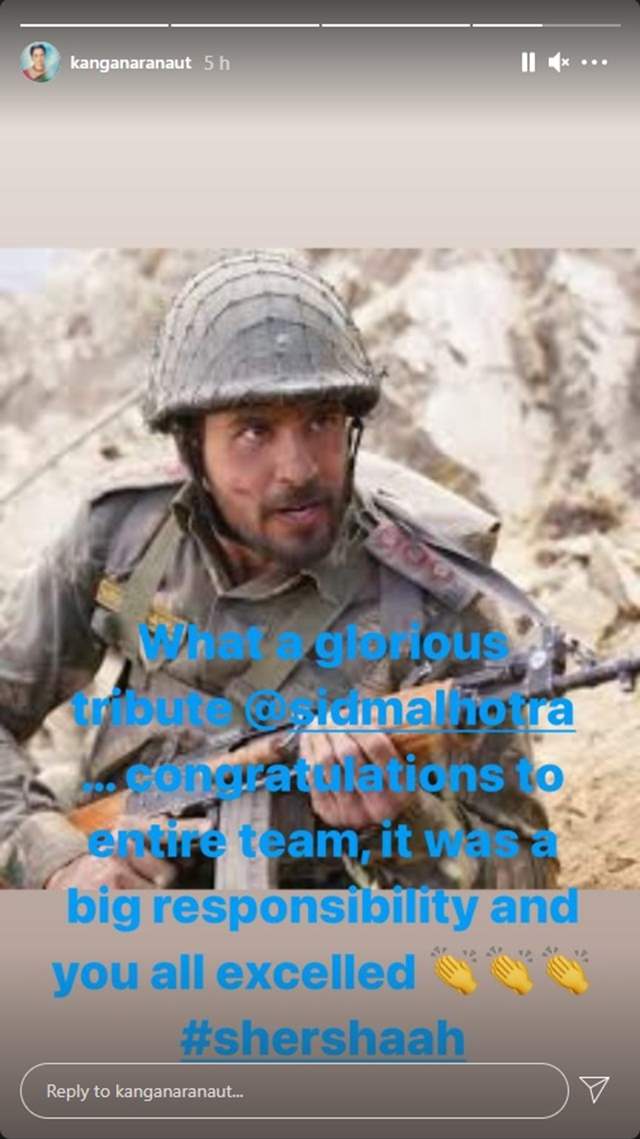 It was five years ago that the Bollywood actor was first approached by Vishal with a view to playing his brother Captain Vikram Batra, the late national hero who sacrificed his life for his country during the fiercely contested Kargil War between India and Pakistan in 1999. Though at the time Sidharth and Vishal were unable to finalise the details with a production team for the biopic on Captain Vikram, it was Sidharth’s persistence and dedication to have the story told which resulted in Shershaah coming to fruition five years on, when Dharma Productions jumped at the opportunity to kickstart proceedings.

ThePurpleMist 2 months ago Shershah is one of the best movies in Bollywood. It deserves all the praises.

+ 2
2 months ago there are two things I like about Kangana is1- Her acting ability2 she always praised the good work even if she is not friendly with the people attached to the project.