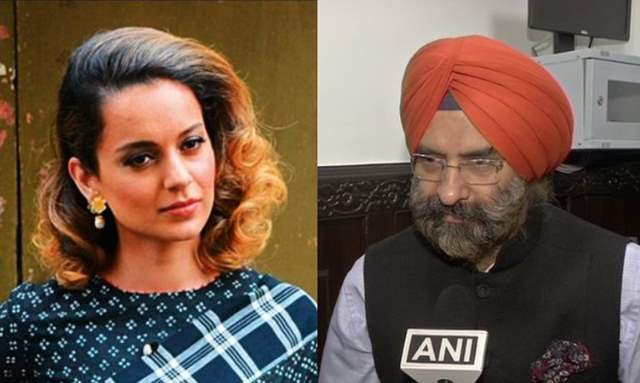 In a shocking turn of events, actor Kangana Ranaut has once again landed in trouble after the Delhi Sikh Gurdwara Management Committee (DSGMC) sent her a legal notice. The committee's president said that they are seeking an unconditional apology for her ‘derogatory’ tweets against farmers and activists involved in the protest against the Centre's farm laws.

The Bollywood actress was also asked to remove the particular tweets, reported ANI.

"We have sent a legal notice to @KanganaTeam for her derogatory tweet calling the aged mother of a farmer as a woman available for Rs 100. Her tweets portray farmers protest as anti-national. We demand an unconditional apology from her for her insensitive remarks on farmers protest," said Manjinder Singh Sirsa, president of DSGMC.

The legal notice was sent after Kangana Ranaut misidentified an elderly Sikh woman during the farmers’ protest as Bilkis Bano of Shaheen Bagh in one of her Tweets.

On Thursday, the actress was engaged in a Twitter battle with Punjabi singer Punjabi pop star Diljit Dosanjh for responding to her tweet of an elderly Sikh woman from the farmers’ protest.