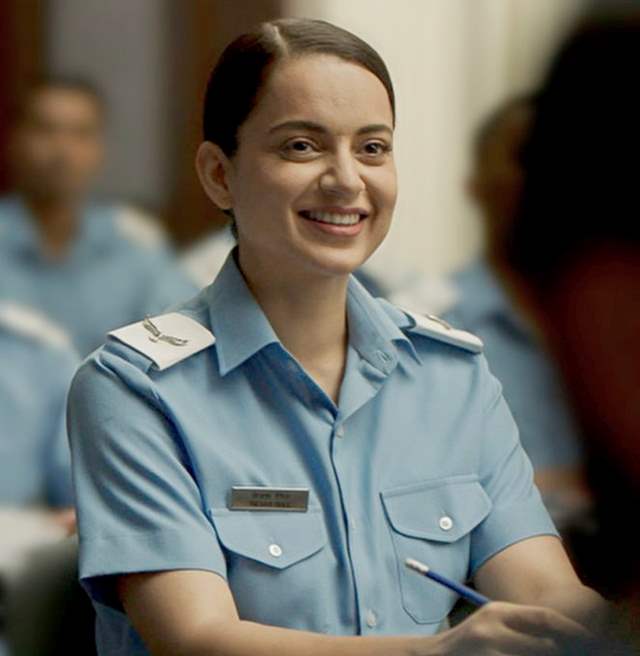 Today, marks the birthday of actress Kangana Ranaut and to make the occasion even more special, Ronnie Screwvala’s RSVP Movies released an all new look of the actress from their next together— TEJAS.

RSVP Movies took to their handle and posted, “Dear #Tejas,  Spread your wings and soar high, today and always. Airplane.

Wish you a very happy birthday

Kangana can be seen beaming while donning the Air Force uniform in the look. And, its sure is a birthday present to her from the team.

After celebrating the Indian Army with Uri: The Surgical Strike last year and announcing another war film in Pippa, RSVP recently went on floors with their air force film TEJAS in DECEMBER.

Tejas is the story of a daring and fierce fighter pilot, played by Kangana Ranaut. The Indian Air Force was the first of the country's defence forces to induct women into combat roles in 2016. The film takes inspiration from this landmark event.

Written to evoke a sense of pride and most importantly inspire the youth of our nation, this mission based film takes us through some of the most challenging combat missions our forces undertake in their effort to keep our country safe from terrorism.

Written and to be directed by Sarvesh Mewara, this is another RSVP film after Uri: The Surgical Strike that salutes the armed forces and aims to inspire the country at large.