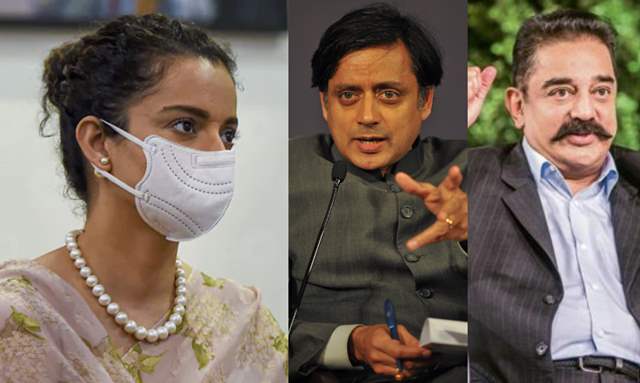 Actor Kangana Ranaut is an avid social media user and she has often expressed her views on a plethora of topics that predominantly involve women empowerment. Recently, the actress refuted actor-turned-politician, Kamal Haasan’s idea of recognizing housework done by homemakers as a salaried profession.

Responding to Tharoor’s tweet on supporting Haasan’s idea, she wrote, “Don’t put a price tag on sex we have with our love, don’t pay us for mothering our own, we don’t need salary for being the Queens of our own little kingdom our home, stop seeing everything as business. Surrender to your woman she needs all of you not just your love/respect/salary.”

Interestingly, Kangana Ranaut’s tweet has garnered a lot of attention and while a section of users agreed with the Queen actress, she also has been targeted to criticism for her tweet on the topic which recently surfaced.

Meanwhile, responding to the Panga actor’s tweet, a Twitter user said, “Interesting @KanganaTeam but don't you think it's time to recognise homemakers effort which is due from a long time, our society never  recognised homemakers effort as much it suppose to be, working men given more value, home makers r depended on their husbands financially”.

The actress got into a debate with the netizen as she responded with a tweet which read, “It will be worse to reduce a home owner to home employ, to give price tag to mothers sacrifices and life long unwavering commitment,It’s like you want to pay God for this creation, cause you suddenly pity him for his efforts. It’s partially painful and partially funny thought.”