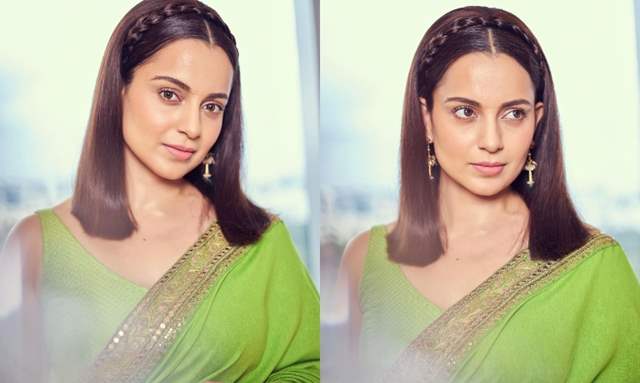 Actress Kangana Ranaut has stated that the Hindi film industry is 'toxic' and lacks 'empathy' compared to the Tamil film industry. Kangana will make her South Indian debut in the J Jayalalithaa biopic Thalaivii, which opens in theatres on Friday.

In an interview, she stated that breaking into Bollywood is similar to breaching the Great Wall of China. She admitted that because she is still new in south India, she has a "very superficial" view of the regional film industries.

In an interview with Tried & Refused Productions on YouTube, she said

What is very striking about regional cinema is that at least they find some common ground. They're chameleons, and that's something that they resonate with, Whereas in Hindi films, because we've all migrated to Mumbai, there is so much diversity there, yet there is a bit of tension always. Everybody wants to pull everybody down. That’s not helping at all. It's become such a toxic place that somehow, nobody is happy for another person, and we are not able to find common ground we can identify with.

there was no proper process in place when she first entered Bollywood. There were no casting agents, there were no OTTs to launch actors, it was a tough time,” she said, adding that she was ‘desperate’. In a ‘do-or-die’ situation and after having ‘closed all doors,’ she had no choice but to fight her way into ‘the Wall of China of the film industry

Talking about work, ‘Thalaivii,' directed by AL Vijay, is based on the life of former Tamil Nadu Chief Minister J Jayalalithaa. Bhagyashree and Arvind Swami also play important roles in the film.

In addition to 'Thalaivii, Kangana will also appear in the action-comedy 'Dhaakad'' The actress has also begun filming for 'Tejas,' where she plays an air force officer. Kangana has also announced that her films are 'Manikarnika Returns: The Legend Of Didda' and the political drama 'Emergency.'

1 months ago what a joke..she already made her debut in jayam ravi tamil movie and if you have so much problem in bollywood,why are you still doimg movoes there? move down to south completely.IFs check your facys,she a;ready acted as main ;ead in tamil movie dhaam dhoom

Cinesoda 1 months ago Lol. Do shut up dear. You were given an open door via the Bhatts due to your illicit relationship with married old uncle Aditya Pancholi. Stop trying to re-write your history.