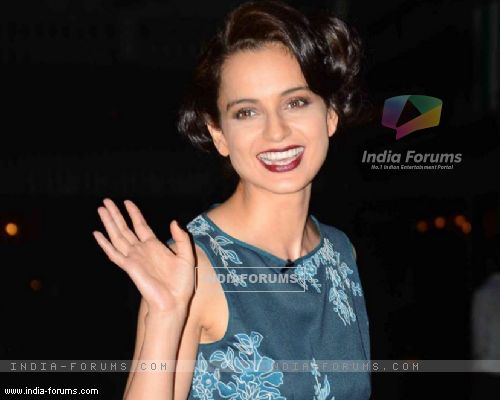 At the recent launch of Anupama Chopra's Book 'The Front Row: Conversations on Cinema' bold beauty Kangana Ranaut was heard giving some straight and practical answers on the practices of the Film Industry.

Anupama Chopra held a question and answer round with Kangana and when asked about her views on paid media, the actress was quick to respond saying that she felt such practices were wrong and even harmful for the business aspect of the film. She believes that paid reviews make it difficult for small film makers to survive.

About receiving the National Awards for her film 'Queen', she said that her movie did well only because fans promoted it through word of mouth.
Well, this surely proves that our Bollywood divas never shy away from speaking their minds out.

Kangana Ranaut contracts Coronavirus; Tells people to not get scared ...