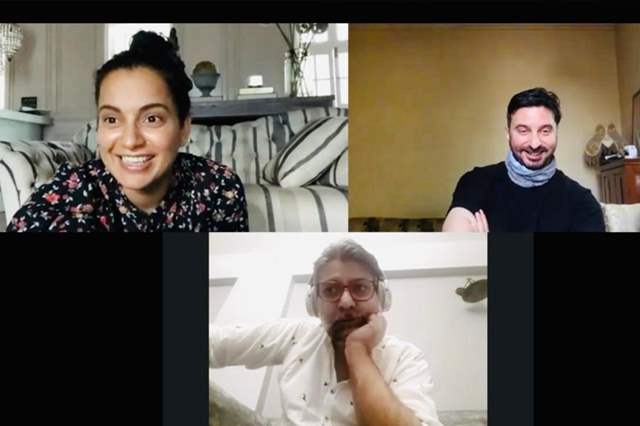 It is no secret and, in fact, rather expected as and when actor Kangana Ranaut finds herself in controversies time and again. From speaking her mind about political issues to slamming Karan Johar and other industry people over nepotism and other things, she is indeed always in news. In one way, it can be termed that she is always in the news for the controversial and at times, wrong reasons, so it comes as a pleasant surprise when it's other things we are talking about.

Ranaut is undoubtedly one of the most leading and talented actors in Bollywood and she does have an interesting set of films lined up ahead too.

One of them is Dhaakad, the teaser of which was released on YouTube a while ago. And now, it seems that after having enjoyed and soaked in the beauty of Manali all this while with her family, she is getting back to business. We know that Ranaut, herself isn't on social media buther team continues to upload interesting things over time. Recently, her team posted two screenshots of Ranaut's video call with Dhaakad team - creenwriter Ritesh Shah, producer Sohail Maklai and director Razneesh Ghai.

The screenshots certainly reflect Ranaut's happiness of working on the film and she looks joyful and excited about the same.

Why Should We Watch Janhvi Kapoor's Gunjan Saxena?
14 minutes ago

The Bhatts were involved throughout: Ankit Tiwari on his ...
46 minutes ago