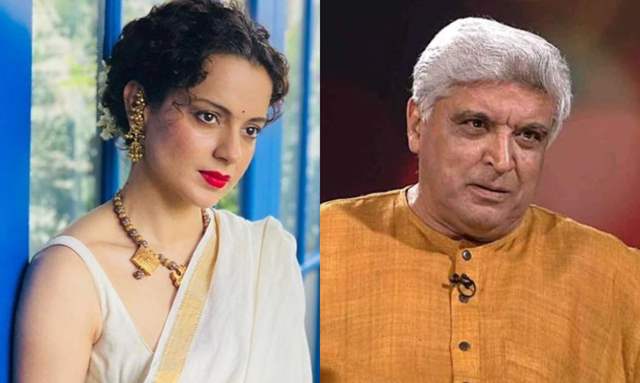 The legal proceeding in the Javed Akhtar defamation case has seen a major development today after actress Kangana Ranaut has filed a plea in the Bombay High Court. The application seeks "quashing of the entire proceedings initiated by 10th Metropolitan Magistrate's Court at Andheri” against her, reported India Today.

This is against the same complaint initiated under sections 499 and 500 of the Indian Penal Code by lyricist Javed Akhtar.

The recent report suggests that Kangana’s plea in HC challenged the entire proceeding initiated by the magistrate, including all the orders and summons issued till date, and said “without any application of judicial mind, as he has failed to examine witnesses named in the complaint on oath, as per Section 200, read with Section 202(2) of CrPC; and has instead sought to rely on the same witness-statements which were collected by the police under signatures which is in violation of the provisions of Section 162 of CrPc.”

The update comes after the Magistrate Court, Andheri, issued a process against her in February this year followed by a bailable warrant in March 2021. Ranaut had appeared before the magistrate and applied for bail, which was granted.

The Dindoshi Sessions court in April this year dismissed an appeal filed by Ranaut against the Magistrate court order.

The plea argued that the magistrate ‘blatantly’ used police machinery to ‘illegally’ collect signed witness statements by way of inquiry conducted by a police officer, which is completely ‘unheard of’.

“The magistrate failed to appreciate that he was duty-bound to protect rights and interest of the proposed accused while hearing any complaint at the stage of inquiry and also at the time of taking cognizance of the complaint,” the petition said.

Kangana’s lawyer, Rizwan Siddiquee, had pointed out this issue before the magistrate court and had later filed a plea in the Dindoshi Sessions court. In April this year, the sessions court, however, dismissed Kangana’s plea. It is because of this that Kangana has now approached the High Court.

The plea sought from the HC to declare the signed witness statement collected by police on the direction of the Magistrate as illegal.

+ 2
6 days ago Someone put her behind the bars already..