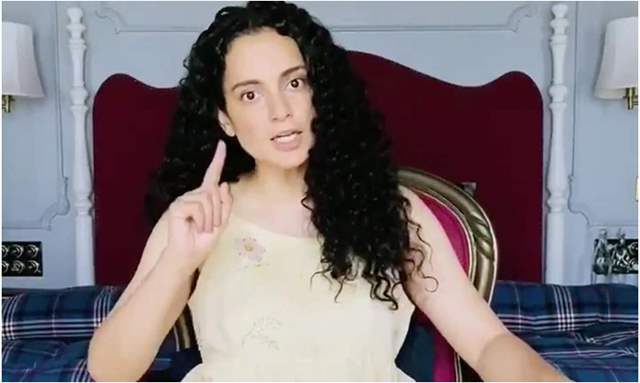 Kangana Ranaut is an avid social media user and she often shares her views about the issues that interest her. However, at times her tweets do not comply with the guidelines set by the micro-blogging application resulting in the removal of her tweets.

On Saturday, Kangana in her recent tweet accused the microblogging platform of shadow banning her account and claimed that the Twitter management is scared of her but can't suspend her and hence the shadowban.

"I am shadow banned cos chacha @jack and his promoters of free speech @Twitter team is scared of me, they can't suspend me but they can't even let me keep exposing them every day, I am not here to catch followers or promote myself I am here for the nation and that hurts them," wrote Kangana in her recent tweet on Saturday.

Kangana Ranaut went on a rampage after international pop icon Rihanna flagged the farmer agitation which stimulated a dialogue amongst the celebrities. On Thursday, Twitter deleted Kangana’s tweets which said the posts were in violation of the platform's rules on hate speech.

From the looks of it, the actor’s two tweets have been taken down in the last two hours.

"We have taken action on Tweets that were in violation of the Twitter Rules in line with our range of enforcement options," Twitter said in a statement.

In other news, on Friday, the Queen actress took to her social media handle and reacted to the reports of her rumored ex-boyfriend Hrithik Roshan’s summoning to record a statement in connection to the case against Kangana Ranaut.

1 months ago Unbelievable. The Twitter management should take a screenshot of it, because I'm sure Kangana will delete it again and claim that people are making false allegations against her, because she never said anything like that.

+ 2
1 months ago It’s become very obvious that she has become Bollywood’s Kanye West. They both should start new reality show Two flew over the Cuckoos nest. With the sarcasm aside she really needs professional help. She is also showing some bipolar /manic tendencies.

1 months ago Yeah twitter should ban this Karen. Sick and tired of her nonsense! She needs professional help.