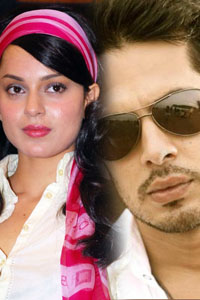 Media was abuzz last week speculating about Kangana Ranaut and Dino Morea being an item. But this week things, turn out to be different.
The actress states that their pictures in embrace are quite harmless and should not be misconstrued. She asserts, that she has known Dino for some time now and that they have met socially a few times, and even shared a few laughs, but to make it seem more serious that that, is terrible.
On record, Kangana goes on to add that she is practically done with relationships, and work has her more than occupied at the moment anyways. She has almost ten movies to work on this year and may even raise it to a dozen for the next, and hence the desire to be entangled in a relationship is not there.

In her final and bold claim - Kangana states that the next time she dates a man, it will be like walking down the aisle with him. Marriage is what it will be, in a few years from now, but dating doesn't interest her at all!


A sour taste in previous affairs, or plain pragmatism there on Kangana's part - we wonder?!

Kangana Ranaut to be provided 'Y-plus' category security by Centre!