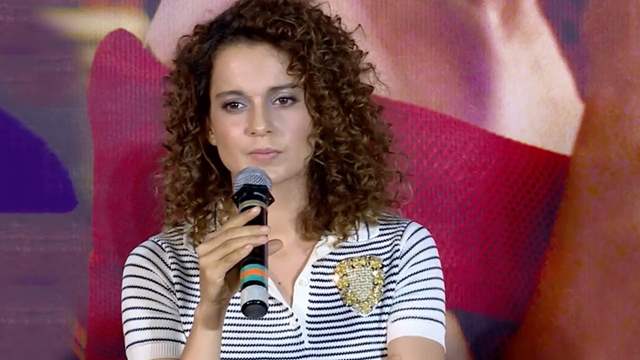 Sushant Singh Rajput's case is getting intense by the day with the CBI unfolding a new leaf everyday. The new development in the 34-year-old actor's tragic and sudden demise is alleged to be the 'drug racket'.

Now, actress Kangana Ranaut has made some shocking revelations about the dirty drug parties of the Hindi film industry. In a series of tweets, the Manikarnika actress has also confirmed that she is ready to expose the ugly truth of the glamour world's illegal drug racket but under one condition, i.e. if she is being provided protection from the Central Government.

Kangana started off by expressing her faith in PM Narendra Modi. She wrote: "If narcotics Control Bureau enters Bullywood, many A listers will be behind bars, if blood tests are conducted many shocking revelations will happen. Hope @PMOIndia under swatchh Bharat mission cleanses the gutter called Bullywood."

Recalling her ordeal, she revealed how she was exposed to the world of drugs and mafia and how her mentor spiked her drinks and sedated her: "I was still a minor my mentor turned tormentor used to spike my drinks and sedate me to prevent me from going to cops, when I became successful and got entry in to the most famous film parties I was exposed to the most shocking and sinister world and drugs, debauchery and mafia."

She then went on to reveal about the most popular drug that is being used in almost all the house parties of the biggies of Bollywood: "Most popular drug in the film industry is cocaine, it is used in almost all house parties it’s very expensive but in the beginning when you go to the houses of high and mighty it’s given free, MDMA crystals are mixed in water and at times passed on to you without your knowledge."

She further went on and confirmed that she is willing to help the Narcotics department but on the condition that she will be provided protection from the Central Government: "I am more than willing to help @narcoticsbureau but I need protection from the centre government, I have not only risked my career but also my life, it is quiet evident Sushanth knew some dirty secrets that’s why he has been killed."

In another tweet while replying to a user she wrote: "I don’t think it’s that explosive in movie Sanju exploitation of women, debauchery, drug abuse movie mafia’s underworld connections has been flaunted, explicit details are given yet it seems they hold way too much power to pretty much get away with anything."