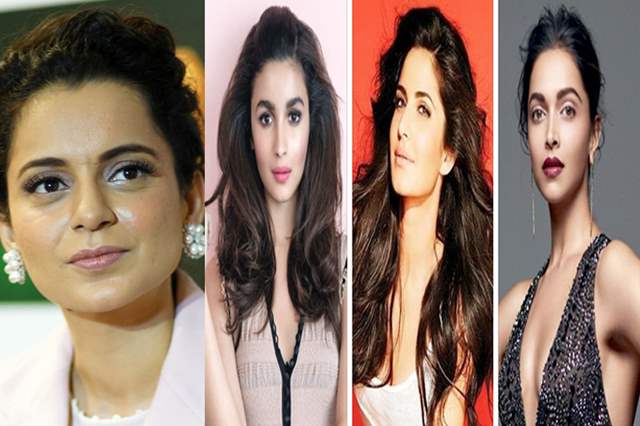 Who else but actor Kangana Ranaut in the focus yet again. The outspoken actor, who has been in constant news for her outspokenness and comments on multiple things is at it yet again.

Recently, a former minister in the previous Kamal Nath government in Madhya Pradesh, Sukhdev Panse made headlines when he used some inappropriate words, about Kangana Ranaut as he called her a ‘naachney gaane waali’.

While this in itself was entirely inappropriate but Ranaut, being her true self has not just responded to this jibe but did so taking her own dig at fellow contemporaries, Deepika Padukone, Katrina Kaif and Alia Bhatt. Taking to Twitter, Ranaut said, she is not like those actors and have said that she has refused to item numbers in the movies. That’s not, the Manikarnika actor also said that she has refused to do films with big heroes like the Khans and Kumar. Calling herself a Rajput woman, Ranaut said that she doesn’t her rear but instead break bones. Her tweet read, “Whoever this fool is does he know I am no Deepika Katrina or Alia.... I am the only one who refused to do item numbers, refused to do big hero ( Khan /Kumar) films which made entire Bullywoodiya gang men +women against me. I am a Rajput woman I don’t shake ass I break bones.”-

We wonder how will this be received by the actors mentioned in these comments.

2 months ago Pulling down other women does not rise you. Make some sense atleast once in a while.

2 months ago Hope she breaks her own bones. This crazy woman always brings other top actresses who have nothing to do with the subject. What the hell waa she doing in Queen if she does not dance? There are many actresses that are equally good if not better than this bimbo. Most of her latest movies dropped like flies at box-office. What a freaky lady

2 months ago Guys, she writes tweets to get attention, nothing else.

2 months ago Completely despicable, how this narcissistic woman constantly maligns and character assassinates other women to show she's better. I have never seen a more filthy and downright disgusting public person than this woman. Absolutely horrifying!

2 months ago She did shake ass in Rascals. And in order to get to where she is, she made quite a lot of “compromises” and was passed around by lots of men including Aditya Pancholi, Adhyayan Suman and Hrithik Roshan. I think she lost her mental stability after Hrithik dumped her.

2 months ago She really has no respect for another woman or human being...really shameless

Different12 2 months ago I really don’t understand how someone can be filled with such negativity and ego. She is so full of herself and thinks she is better than everyone.

+ 3
2 months ago Kangana, taking potshots at your contemporaries makes you sound incredibly vulgar. Deepika, Alia and Katrina have much more grace than you.