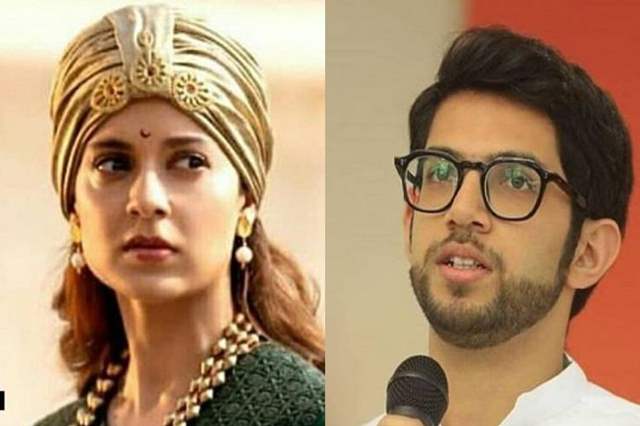 Only a few hours ago, we came across the news, which was more so a confirmation of sorts from Shiv Sena leader Aditya Thackeray in connection with the Sushant Singh Rajput case.

The young leader has been known to and having multiple friends in the Bollywood industry. And hence, he recently mentioned on Tuesday and he and his family are unnecessarily being targeted in Rajput's passing away and reiterated that he is in no connection to the matter in any manner.

He said that dirty politics are being played following Rajput's death and without naming anyone, he said that allegation being leveled is political stomach-ache from frustration too.

On the same, once again, actor Kangana Ranaut, who manages to constantly stay in the news one way or the other had her take. Her Twitter account, led by Ranaut's team responded to Thackeray's statement saying, "Ha ha look who is talking about dirty politics, how your father got CM seat is a case study of dirty politics sir... forget all that ask your father to answer few questions related to SSR death...

The next tweet were, "2) Why @MumbaiPolice didn’t take FIR on SSR’s unnatural death?

3) When a complaint was made about SSR’s life being in danger in the month of Feb, why @MumbaiPolice called it a suicide on day one? ..(2/4)"

"4) Why don’t we have forensic experts or SSR phone data who all called and spoke to him during the week of his murder?

5) Why IPS Vinay Tiwari is locked up in the name of quarantine?

6) Why being fearful of CBI?

"These questions have nothing to do with politics please answer these...(4/4)"

We wonder if Thackeray will respond to this. Keep reading this space for further updates.

Yami Gautam and Vikrant Massey collaborate for Mohsin ...
32 minutes ago

review
Review The Confession Review: The film Relieves all the Serial ...
53 minutes ago