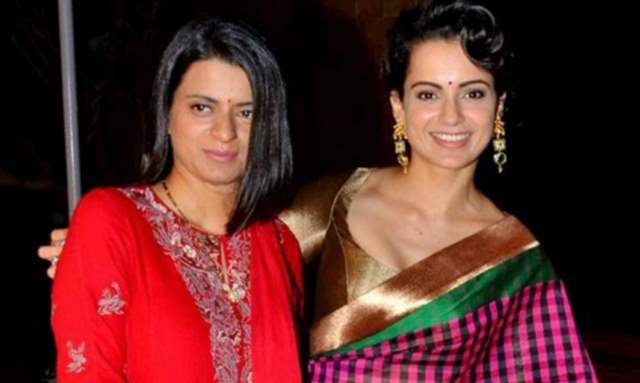 In a recent turn of events, the Bombay High Court has granted interim protection to Kangana Ranaut and sister Rangoli Chandel from arrest on Tuesday. The sisters’ turned victorious over the FIR registered against them for alleged communal tweets filed by Mumbai Police.

The High Court even questioned Mumbai Police as to why they invoked a sedition complaint in the FIR filed against the sisters; suggesting higher-ups in the force provide training to their personnel for a better understanding of the sedition law, in particular Section 124A of the IPC.

Justices S S Shinde and M S Karnik who heard the case said it had become “routine” to invoke such a serious offense as sedition and it was being done to deter courts from granting relief to those booked. They further instructed Kangana and Rangoli’s lawyer Rizwan Siddiquee that his clients need to respond to the summons and record their statements before the investigating officer of Bandra Police Station on 8th January 8, 12 pm to 2 pm.

On the other hand, the bench also made sure that a statement would be recorded by advocate Siddiquee, assuring that both Kangana Ranaut and Rangoli Chandel would refrain from commenting anything in connection with the FIR or its related subject matter till further orders.

Justice Shinde reportedly observed, “No doubt, there is freedom of speech, but that freedom is for other citizens too. None can claim, ‘I have this absolute right.’ Every citizen has fundamental rights. Those rights are subject to reasonable restrictions. While enjoying them, the rights of other persons to remain silent and to lead a peaceful life should not be violated. All citizens need to take care of this.”

Justices S S Shinde and MS Karnik on Tuesday asked public prosecutor (PP) Deepak Thakare why sedition under section 124A was invoked. The PP said the FIR was registered as per the magistrate’s order.