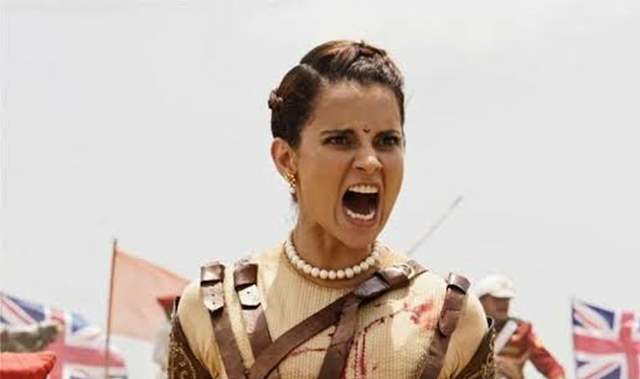 It seems that talking about actor Kangana Ranaut being in the news for right reasons is actually jinxed where we just mentioned it a while ago and it's here's something that she would be unwillingly in the news for.

Earlier yesterday, it was revealed that Ranaut has announced the sequel to her historical film, Manikarnika. The new project is reportedly titled Manikarnika Returns: The Legend of Didda. She will be teaming up with filmmaker Kamal Jain for the same and they are said to have already locked the script. The film revolves around Queen Didda who is also referred to as the Cleopatra of Kashmir and ruled the valley for around five decades between the 10th and 11th centuries.

However, author Ashish Kaul, who is the author of Didda-Kashmir Ki Yodha Rani is taken by surprise after hearing this announcement. Kaul has also claimed to be having the sole copyright of the biography.

As per a report by TOI, Kaul had approached Ranaut earlier to write a foreword for the Hindi version of the book and sent an email regarding this to her on September 11, 2020. He also stated that the entire life story of the queen was also appended in the same.

But Kaul claimed that he is yet to receive a reply from the actor or her sister. Now, he says that Ranaut has committed an intellectual fraud, knowingly or unknowingly. While talking to Times of India, he quotes, “Is it believable by any stretch of imagination that a story and a book is being usurped by a renowned actor-turned-social activist?” Kaul further adds, “She has blatantly violated my sole rights; it is illegal and an absolute violation of the IPR and copyright laws of the same country that she swears by. I find it so brazen and hideous and I am still inclined to believe that Kangana has been misguided.” Not only that but it is also revealed that the author is in talks with another filmmaker for a film adaptation of his book.