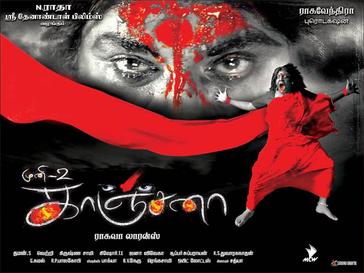 Actor-filmmaker Raghava Lawrencce's latest Tamil horror-comedy "Kanchana 2" has grossed a whopping Rs.10.83 crore in the first two days in Tamil Nadu since its release on Friday.

"The movie has registered a phenomenal opening of Rs.10.83 crore in two days since its release in Tamil Nadu. At this rate, it's sure to set record opening weekend collections at the ticket window," trade analyst Trinath told IANS.

Directed by Lawrencce, the film is part of the highly successful "Kanchana" franchise, which opened the floodgates to several horror-comedies in Tamil cinema over the years.

Lawrencce has also hinted that "Kanchana 3" is in the offing.