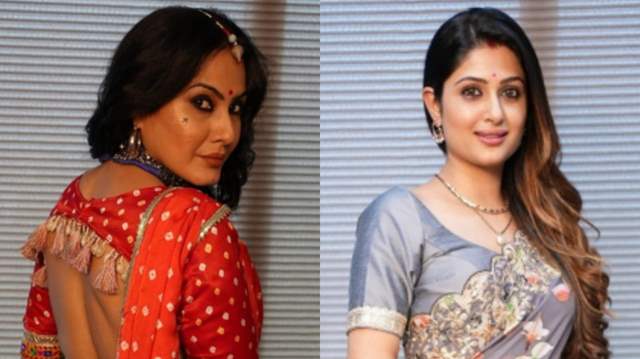 Zee TV has been a trend-setter in shaping television content over the past three decades. Having narrated several stories that have resonated beautifully with audiences across India, Zee TV and Rashmi Sharma Telefilms have come together yet again to present viewers with a new fiction offering – Sanjog, a mature family drama about the intricacies of relationships between two very different mothers who belong to very contrasting worlds - Amrita and Gauri, and their respective daughters.

Set in Jodhpur, Sanjog will trail the journeys of these two mothers who are unable to figure out why their daughters are so different from their own selves.

Talented actress Shefali Sharma will be seen playing the sophisticated and kindhearted Amrita, an affluent jewelry designer. Amrita notices repeated instances of Tara's selfish and mean behavior that make her question herself as a mother and wonder if there’s something wrong with her upbringing.

On the other hand, popular actress Kamya Punjabi will play Gauri, a materialistic person who dreams of living a fancy, luxurious life. She is fiercely independent, ambitious and takes care of her family in her own unique way. But at times, one would begin to wonder why she does not seem to care about her daughter Chanda and her needs. Gauri seems disappointed and baffled that Chanda seems to possess none of the street-smart and go-getter qualities she would have hoped her daughter to inherit from her.

Little do the two mothers know that their little ones aren’t even the ones they’d nurtured in their womb!

Talking about her character Gauri, Kamya Punjabi said, “Coming back to Zee TV is like a homecoming to me, I have always been a part of the Zee Kutumb and it is a family to me now. I’m very excited for to play Gauri, as an actor i feel some characters are just meant for you, and this one is giving me the same feeling.  My look in the show is very different from what I have played before on-screen, and I can’t wait for the audience to watch the show and shower the love and support they always have.”

Talking about her character Amrita, Shefali Sharma said, “I am very excited to play this role of Amrita, she has these unique characteristics of sophistication and kindness. She is a homemaker but at the same time has built her jewelry business with her husband. I am very sure the audience will love Amrita. The best part about this role to me is getting the chance to play a mother for the first time, and I am very excited and nervous about it. Every day, I try to perform to the best of my abilities, and I hope to do justice with my character and to fan's love and support."