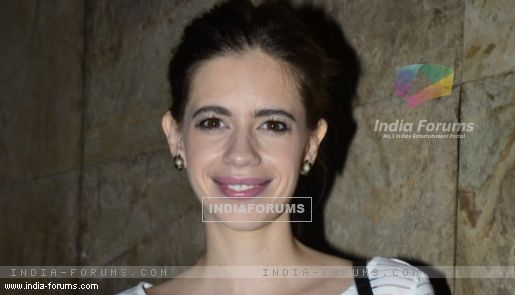 After proving her prowess with many films in Bollywood, Kalki is now all set to play an unconventional role on screen. She will be seen in the hilarious role of a  clingy and scheming girlfriend in Raj & DK's Happy Ending.

The spunky and talented actress is super excited about her character. She plays a dentist who doesn't give her boyfriend (Saif) any space. While he thinks they have broken up, she doesn't acknowledge that and continues to believe they're in the relationship.

Kalki has always done roles which are unique and different. We have seen several films with possessive girlfriends but Kalki we hear has added her own little spunk to this role.

When quizzed Raj & DK about Kalki's role they said, " Kalki is very talented and can adapt to any role she plays. After a while you stop seeing her as an actor and see her as the character she plays!"

Happy Ending stars Saif Ali Khan and Ileana D'Cruz in the lead roles. The film is presented by Eros International and produced by Illuminati films and is all set to release on 21st November.
0 Likes