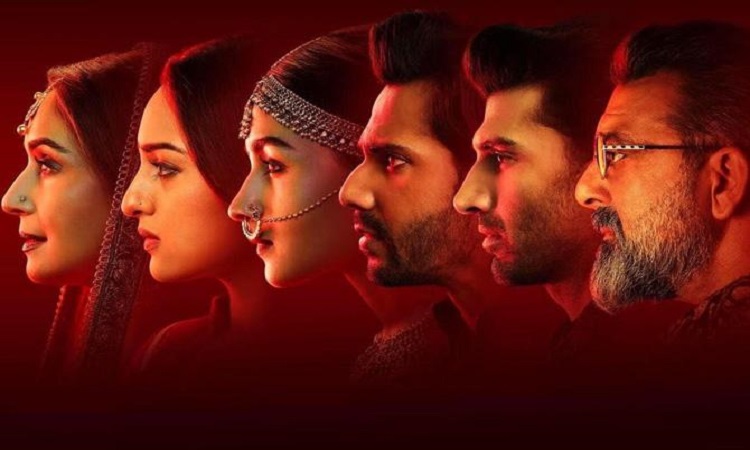 Abhishek Varman's period drama "Kalank" has registered a business of Rs 21.60 crore on the first day, surpassing the opening day collection of "Kesari", "Gully Boy" and "Total Dhamaal", and becoming the highest opener of 2019 so far.

"Eternal love always wins. 'Kalank' becomes the highest opener of 2019! Watch it in cinemas now," tweeted producer Karan Johar, along with a poster which declares that the movie minted Rs 21.60 crore when it released on Wednesday.

Trade expert Taran Adarsh listed how it surpassed the numbers of other films of 2019.

"Kalank" stars Sanjay Dutt, Madhuri Dixit Nene, Varun Dhawan, Alia Bhatt, Aditya Roy Kapur and Sonakshi Sinha. Along with the varied hues of love, the period drama highlights the trials and tribulations of love with the spotlight on communal tensions.

The movie has opened to mixed reviews, with some critics calling it overcrowded and some calling it "drop-dead gorgeous".

The film, which released on a holiday like Mahavir Jayanti, is set to grow at the box office with an extended weekend and the holiday of Good Friday.

Apart from the box office, the movie has become a favourite on social media with several memes and dialogues from the film getting popular in the digital world.

"Kalank" has had the highest opening internationally of 2019 and has beaten the previous best of "Padmavaat" and "Dangal" in the UK with an estimated figure of 141,000 eurosa. Australia too has taken the best opening of 2019 with AUD 128,000.