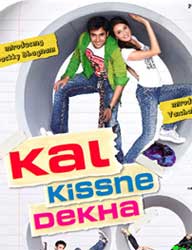 Nihal Singh from Chandigarh is a seemingly simple yet unconventional boy. He talks too much, questions everything and builds complicated gadgets in his spare time. He has a brilliant mind and an oddball sort of charm. He adores his mother, has dreams of studying in the most elite institute of science and always looks for big ideas in small things.


When he is accepted into his dream college in Bombay city, he is over the moon. College is a whole new world, full of color, new people and new challenges to be met. Initially nobody takes him seriously. He is ragged by his seniors, insulted by the girl he likes and so on. Nihal, however, slowly wins them over. The girl Nihal likes is Meesha. She is the spoilt brat of the college. She is proud, rude and rolling in money. And she cannot accept that Nihaal is managing to charm everyone. Including Professor Verma, the warden of the college. Professor Verma is fascinated by Nihal's unique mind and agrees to become his mentor.


Suddenly Nihal's world is rudely interrupted. Nihal gets visions of Meesha being in danger. He saves her life and his secret is revealed. The media and TV channels are all buzzing with only one news; 'Nihal Singh from Chandigarh can see the future'. Meesha softens towards him and love blooms. But how long will the peace last?


What Nihal doesn't know is that someone is trying to use his gift against him. In his innocence he is manipulated and his visions become a tool. Will betrayal be his fate...or will Nihal's brilliant mind recognize the traitor before he destroys everything that Nihal loves...? Kal Kissne Dekha?
Featured Video